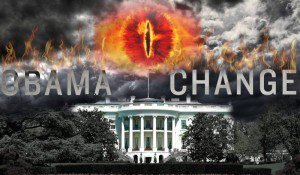 It was not long ago that I enjoyed the blissful confines of ignorant internet usage. Like many users, I readily accepted that industry standard security practices were good enough to keep prying eyes out of my business. Last night I woke up from that poisonous dream after reading a startling article published by The Guardian (http://www.theguardian.com/world/2013/sep/05/nsa-gchq-encryption-codes-security).

Through the many documents leaked by Edward Snowden – even mentioning his name in this article has probably drawn unwanted attention from the government – it has been revealed that the NSA spent nearly $260m this year developing technologies, relationships and surreptitiously placed “backdoors” to defeat the most widely used encryption protocols. With operatives infiltrating top tech companies, the NSA has been able to weaken security systems enough for near real-time exploitation. This – combined with a massive amount of processing power (think supercomputers), line taps at major ISPs (Internet Service Providers), and help from industry partners – has given them carte blanche access to anyone’s information at any time. In essence, this means that “big brother” is indeed watching and he has more access than ever.

Those methods include covert measures to ensure NSA control over setting of international encryption standards, the use of supercomputers to break encryption with “brute force”, and – the most closely guarded secret of all – collaboration with technology companies and internet service providers themselves. – The Guardian

There are few things in this modern world that are so intimate as our computers. Whether one realizes it or not, a computer is much more intimate than a diary because it is a repository of much more than the information that one is consciously recording.

It is clear that if the NSA wants your information badly enough, they can get it. However, they are still somewhat slowed by widespread use of strong security practices.