Toward a Modern Traditionalism 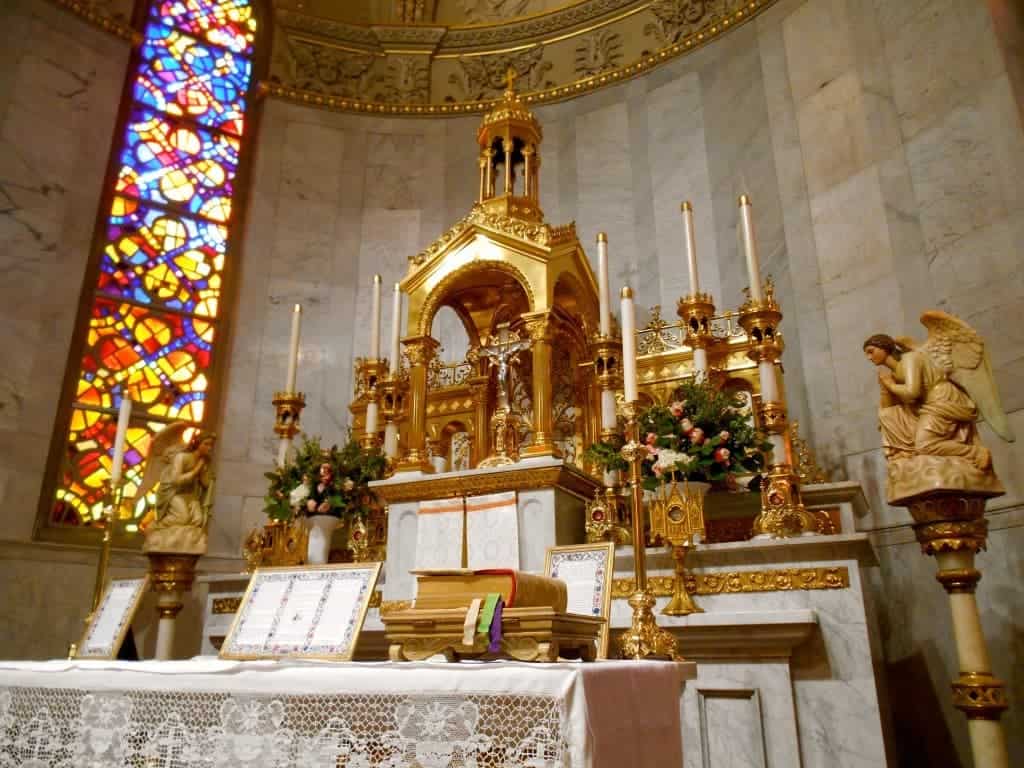 The art of the proper celebration of the liturgy, the ars celebrandi, is a major theme of Cream City Catholic. To those who shrug off concern for liturgy as a nerdy religious fetish we issue a caution: vigilance over liturgy is essential to the life of a Catholic because, “the nature of the sacred liturgy is…the time and the place in which God certainly meets man.” (Nicola Bux, Benedict XVI’s Reform: The Liturgy Between Innovation and Tradition) And what could be more important, more relevant than that?

All of us writing for CCC are passionate about the Second Vatican Council. We are also passionate about the extraordinary form of the liturgy, the usus antiquior, and we see no contradiction between the two. To be sure, hostile agendas and ideologies have set the two at odds, but this reality is in opposition to the intent of the Council fathers. After all, who hasn’t heard the old myth that it was the Council that “abolished the Latin Mass” and “turned the priest to face the people”? Both claims are, of course, false. The Latin Mass, in fact, was never “abolished” by Vatican II. Pope Benedict himself said as much in his motu proprio, Summorum Pontificum: “As for the use of the 1962 Missal as a Forma Extraordinaria of the liturgy of the Mass, I would like to draw attention to the fact that this Missal was never juridically abrogated and, consequently, in principle, was always permitted.” (Emphasis added.)

The components of the traditional Latin Mass (prayers, rubrics, etc.) can be traced all the way back to the earliest centuries of the Church. The name “Tridentine Mass” is common and even helpful, but it is also somewhat misleading, as the liturgy’s components actually predate the Council of Trent by many centuries. The sixteenth-century Council codified this and that, but most of the liturgy’s ingredients were around for a long time. As Blessed John Henry Newman, whose feast we celebrate today, observed, “It [the Catholic liturgy] is virtually unchanged since the third century.”

What has appropriately been called the Novus Motus Liturgicus, or New Liturgical Movement, is a worldwide push by savvy (mostly young) Catholics who take their lead in all things liturgical from the previous pope, Benedict XVI, one of the greatest liturgists and intellectuals to occupy the See of Saint Peter. This movement, which has particular élan in the United States and France, seeks to rediscover the complete richness of our liturgical traditions; a richness that has been buried by decades of confusion, abuses, and yes, lots of polyester and bad taste. Perhaps better than any pope in recent memory, Benedict understands the indispensable role that beauty and tradition have in sacred liturgy and how beauty can, not just change, but convert the world.

Younger Catholics in their 20s and 30s were reared in a liturgical culture that imbibed massive doses of iconoclasm and narcissism. What does that mean? Scores of historic churches, with their old-world artistic treasure, were ravaged in the name of “opening up” to the laity and to the modern word. It was unquestionably a time of neo-iconoclasm in the Catholic Church in the U.S. Iconoclasm is an ancient heresy that attacked sacred art, and it resurfaced with a vengeance in the 1970s and in the decades that followed. Who, after all, can justify smashing hand-carved marble and wood altars and communion rails to smithereens? But precisely that happened over and over again.

At the same time, many priests and lay “ministers” bombarded us with patronizing game show host smiles and forced humor. Who needs the sacred when you can have Pat Sajak every Sunday! As a result of the one-two punch of zero formation and buckets of bad taste, many of our peers simply opted out of going to Mass. For their part, after doing little or nothing to stop the hemorrhaging over the decades, many bishops and priests who had thought they had made the Church sufficiently cool are now scratching their heads and asking, “Gee, where’d everyone go?” They’re clueless. We’re not. We clearly see what many of them still cannot see, i.e., that their misguided attempt to make the Church popular and acceptable (by the world’s standards) only resulted in a weakening of the Church’s core identity.

What often goes unreported among proponents of the New Evangelization is the strength with which this evangelization is taking root at parishes offering the traditional Latin Mass. Anyone who cares to do a little investigating will quickly discover that these parishes, far from serving as Sunday morning redoubts for charter members of The Golden Girls Fan Club, are bursting at the seams with young Catholics, and their numerous children. Milwaukee’s Oratory of Saint Stanislaus certainly proves this point. Why is that? Is it just an incense-shrouded trend that has momentarily captured the attention of a generation known for ADHD? Quite the contrary. It is precisely the stability, identity and order (along with a fidelity to the ars celebrandi) present in the extraordinary form of the Mass that draws young people in droves and keeps them there. Benedict himself singled out the demand among young Catholics in Summorum Pontificum:

“…but in the meantime, it has clearly been demonstrated that young persons too have discovered this liturgical form, felt its attraction and found in it a form of encounter with the Mystery of the Most Holy Eucharist, particularly suited to them. … What earlier generations held as sacred, remains sacred and great for us too, and it cannot be all of a sudden entirely forbidden or even considered harmful.” (Emphasis added.)

Devotion to the traditional liturgy is not about fueling a resurgent, backwards-looking Catholic “triumphalism”, nor is it about the self-aggrandizement of the priest, who, in a bow to the theological depth of the ritual and Sacrament, dons ornate vestments. This isn’t about the priest playing dress-up, or a laity trying to hide from modernity behind clouds of incense and a dead language. Far from being introverted and self-referential, the liturgy according to the ancient form is intrinsically evangelical and oriented outward because its focus is entirely on the Source of all that is. It evangelizes the world, not through shallow personalities and pathetic cultural pandering, but through its bold witness to beauty, truth and love. Discussing the “Logos”, the Second Person of the Blessed Trinity “through whom all things were made”, Pope Benedict said, “The ‘Logos’ is not just a mathematical reason: the ‘Logos’ has a heart, the ‘Logos’ is also love. The truth is beautiful and the true and beautiful go together: beauty is the seal of truth.” (Benedict XVI’s 2013 Lenten address to cardinals)

Go ahead. In silence, slowly read through some of the prayers of the Latin Mass. You don’t need a doctorate in English Literature to appreciate the magnificence of Hamlet, and you don’t even have to be Catholic to recognize the eloquence of the ancient, timeless prayers of the traditional liturgy.

I am concerned about a deepening misconception about liturgy that is perpetuated, in part, by the media’s recent stories covering Pope Francis. All too often, these stories present a “humility” that goes hand-in-hand with liturgical minimalism, iconoclasm, innovation and overt casualness at Mass. Sadly, many priests and bishops perpetuate this notion as well, making it extremely difficult to advance Pope Benedict’s liturgical vision. The flipside of this narrative presents traditional liturgy, replete with strict fidelity to rubrics, sumptuous vestments and the reliance on Latin, etc., as a manifestation of pride, haughtiness, and ostentation.

We’re here to shatter that myth.

That which mirrors true beauty cannot be charged with arrogance, since God Himself is beauty and the source of all that is beautiful in heaven and on earth. The Logos, the Word that became flesh, “who humbled Himself to share in our humanity” is the living embodiment of humility and beauty, and so it is right that His liturgy reflects, in an imperfect way, His beauty.