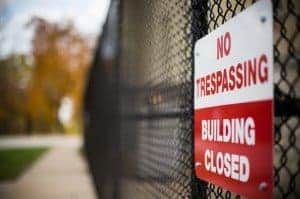 This is Part 1 of a series I am calling “The Tech We Use”. I have often found myself wondering what gear certain media outlets use, especially the lower budget indie groups – that is definitely where we fall. So, consider this your behind-the-scenes view into how we keep the lights on and the media coming.

For Part 1 let’s talk about our photo gallery. Photo shoots can be tricky because one doesn’t always have one’s best camera “in pocket” when the moment strikes. Our photos were taken on devices that range from cell phones to a high end DSLR. The show pony is our Canon 6D. It is a full-frame DSLR that rivals the Canon 5dMK3 less some auto-focus points. What does that mean? Pro level quality with slower, somewhat less reliable focus – good thing we don’t shoot action sports.

The Canon 6D is the smallest, lightest full-frame DSLR to date. What really attracted me to the 6D was, of course, the full-frame sensor, but also the incredible low light performance. It boasts a whopping 25,600 ISO and an extended range of 50-102,400 ISO. Even at a higher ISO the 6D suppresses noise well. Normally for low light you have 3 options to brighten the image. You could:

These strategies becomes more important for video because the slowest shutter speed practical for 24 FPS (cinema) video is 1/50s. At some point it will come down to the aperture size and the ISO. The aperture increase will not cause an increase in noise, but can affect the “art” of the shot. What I mean is that the larger the aperture, the thinner the DOF (depth of field). With a thin DOF the foreground and background will blur with only a thin sliver between in focus. This can be a really cool effect, but isn’t necessarily appropriate for all shots and can be hard to keep the focus locked in if the subject is moving.

The videos we have created thus far were shot on the 6D with a 28mm f/1.8 Canon lens – let’s break that down a bit. “28mm” refers to the focal length of the lens; basically, the lower the number the wider the shot will be, or, in other words, the less zoomed in it appears. You will notice that some lenses feature a range of focal lengths; those lenses are referred to as zoom lenses because you can change the focal length within the range specified by the lens. The next part, “f/1.8”, refers to the f-stop of the lens. So, what does f-stop mean… Good question! It confused me for a bit when I was first digging in so I will try to explain it well. It is the ratio of the focal length of the lens, in this case 28mm, to the diameter of the entrance pupil or aperture. The lower the f-stop, the wider the aperture and the more light enters the lens. The higher the f-stop, the smaller the aperture and the less light enters the lens. The f-stop number that a lens will be advertised with is the lowest f-stop it is capable of, or, in other words, the widest the aperture can open. Now, if you remember what we talked about with aperture and the effect it has on the photo, you can see that having a low f-stop capable lens is desirable because it will allow more light to enter the lens and create a more pronounced DOF. The other lens in our lineup is a 50mm f/1.2 which produces incredible bokeh (the blurring effect due to a large aperture). To the right of this paragraph is a sample shot of the blurring effect created by using a wide open aperture on the 50mm f/1.2.

No video is complete without audio! The integrated microphones on all DSLRs are pretty terrible. A lot of what we plan to do will involve interviews so we went with a Rode Videomic Pro, a directional shotgun microphone. Rode is a pretty well respected brand in the space and has numerous positive reviews. I am no expert on microphones, but I do know that the audio coming out of the Rode is far better than what we were getting initially.