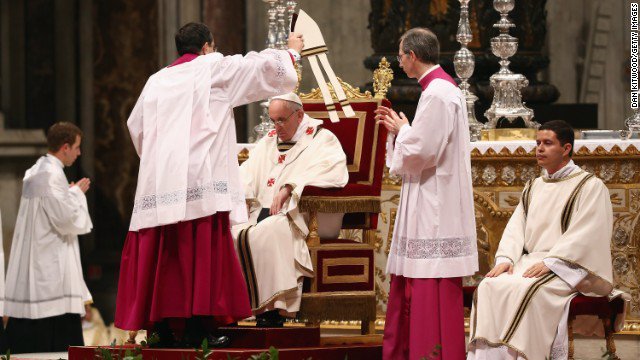 So much for the Benedict vs. Francis, Dark Ages vs. New Era media paradigm. From Catholic Culture:

The former prefect of the Congregation for the Clergy has told a traditionalist group that Pope Francis has no intention of restricting access to the Extraordinary Form of the Latin liturgy.

“I met Pope Francis very recently and he told me that he has no problem with the old rite, and neither does he have any problem with lay groups and associations like yours that promote it,” Cardinal Dario Castrillon Hoyos told members of Una Voce International (FIUV), who were in Rome for a general assembly.