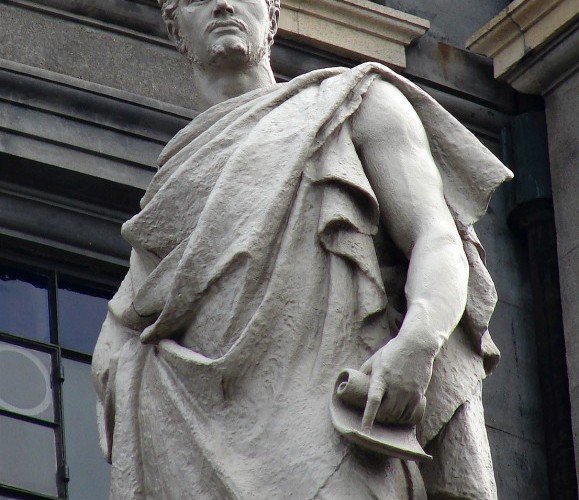 Within the past year, I’ve come to better understand the importance of the Church Fathers by praying with them and studying their writings and heroic lives. These saints were some of the earliest defenders of the Church during extremely tumultuous times. They constantly served Christ by evangelizing wherever they went. Is it any mystery why the Church grew so rapidly during and after their lives?  So many years later, we can learn much from them.

Saint Athanasius is a Doctor of the Church. He was a short man with dark skin, indicative of the Copts, which led to the nickname, “The Black Dwarf”. He teaches us how to be courageous in a secularized world and demonstrates by his holy example that, with a strong desire to love and serve Christ, all things are possible. What would we be today without the examples of Church Fathers like Saint Athanasius? If we were to simply dismiss him as out-of-date, the fire of faith he lit to set the world ablaze would be snuffed out. But, if we open up to his writings, his faith and his courage, we can learn to imitate his holiness and use his teachings to bring hope to our modern world.

But for the searching and right understanding of the Scriptures there is need of a good life and a pure soul, and for Christian virtue to guide the mind to grasp, so far as human nature can, the truth concerning God the Word. One cannot possibly understand the teaching of the saints unless one has a pure mind and is trying to imitate their life. Anyone who wants to look at sunlight naturally wipes his eye clear first, in order to make, at any rate, some approximation to the purity of that on which he looks; and a person wishing to see a city or country goes to the place in order to do so. Similarly, anyone who wishes to understand the mind of the sacred writers must first cleanse his own life, and approach the saints by copying their deeds. Thus united to them in the fellowship of life, he will both understand the things revealed to them by God and, thenceforth escaping the peril that threatens sinners in the judgment, will receive that which is laid up for the saints in the kingdom of heaven. ~Saint Athanasius, from his conclusion to The Incarnation of the Word, Chapter 9, (9:57)

In the spirit of the Fathers, enjoy this mystical byzantine chant.