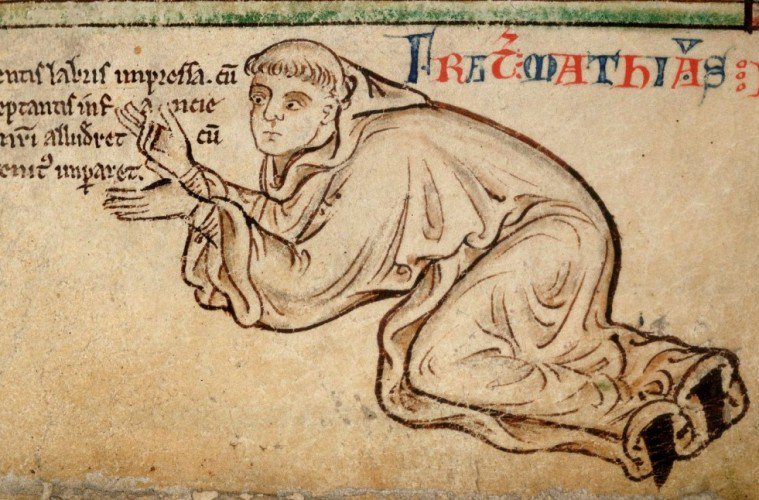 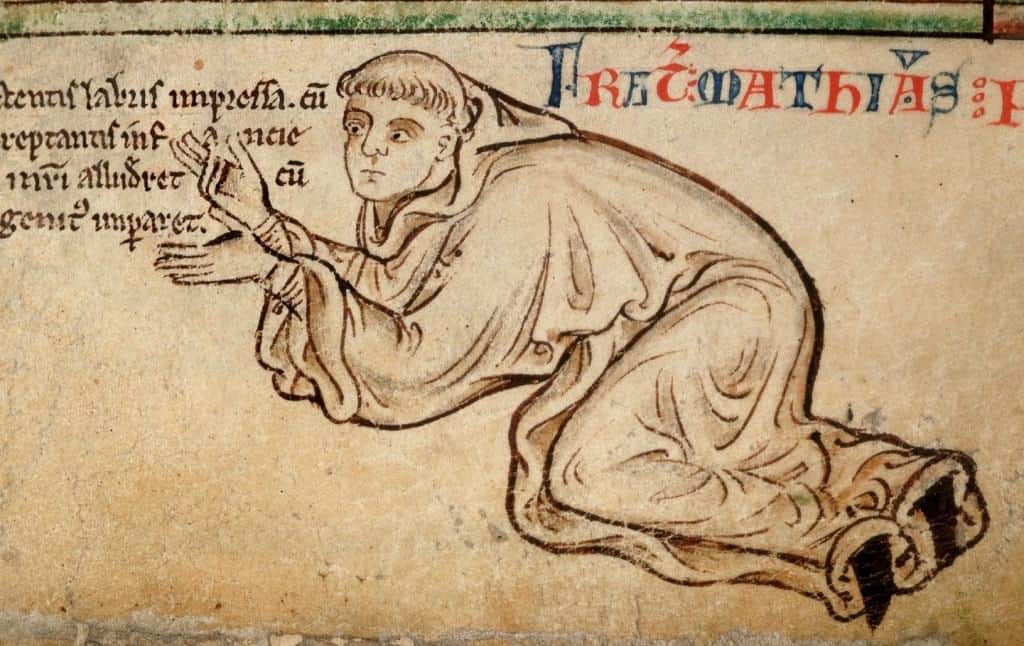 “The Christian liturgy is a cosmic liturgy precisely because it bends the knee before the crucified and exalted Lord. … The inability to kneel is seen as the very essence of the diabolical.” ~Pope Benedict XVI, The Spirit of the Liturgy

These words, from unquestionably one of the greatest theologians to occupy the papacy, should stop us in our tracks. Read that quote once again. A resistance or refusal to kneel in the presence of God is a sign of the diabolical. Was then-Cardinal Joseph Ratzinger, now Pope-Emeritus Benedict XVI, engaging in unnecessary rhetorical hyperbole? He is well-known for choosing his words very carefully. So, no, he knew exactly what he was writing. For a long time now, priests (during their homilies) and teachers (in their classrooms) have eschewed virtually any mention of Satan or the devil as unpleasant and distasteful. Adults will squirm and children will get scared. In our post-modern society, people simply don’t want to hear about the devil. It’s too messy and old-fashioned, so we’ll just avoid talking about him altogether, and instead focus on our 100,000th rendition of “All Are Welcome”. And Satan, let there be no doubt, is fine with that. I remember someone once noting that the greatest coup that Satan ever accomplished was to convince the world that he doesn’t exist. That always stuck with me. While yes, Satan craves attention, he’ll gladly trade that in for souls. (Thankfully, the present Holy Father, Pope Francis, regularly warns of the devil in his homilies.)

Satan fell from unspeakable heights as a result of one sin, the worst sin: pride. “Non serviam.” I will not serve. He’s a fallen, (purely) spiritual being who simply will not humble himself before God. The mere thought is utterly revolting to him. In other words, he cannot face the reality of his status as a creature wholly dependent on God. He lives a lie, as the “Father of lies”. Throw in the fact that the second Person of the Trinity took on a lowly human nature, and it’s too much for his enormous ego to bear. If you look at sacred art, angels are often depicted kneeling or prostrating before the Trinity. As indescribably beautiful, powerful and brilliant as angels are, they know their place. Before the omnipotence and majesty of the triune God, even they are nothing. “Quis ut deus?” Who is like God? is the battle cry of the “prince of the heavenly host”, Saint Michael the Archangel. The answer to his question: No one, angel or human, even comes close.

So what about us, these curious body-soul composites? How are we going to use our free will to present ourselves before God to show knowledge of our total dependence on Him? Well, our interior disposition, the state of our souls, is known only to God (thankfully). But the gestures we manifest through our bodies profoundly reflect our interior life. “The bodily gesture itself is the bearer of the spiritual meaning, which is precisely that of worship.” (The Spirit of the Liturgy, p.190) This is why the Church instructs the faithful (who are capable, of course) to kneel during the Eucharistic Prayer at Mass. In the Eucharist, under the appearance of simple bread and wine Christ, “through whom all things were made” is present before us, wholly and complete. Interestingly enough, it is Christ who, once again, humbles Himself to come to us lowly creatures in this Sacrament. At the very least, we in the Western Church can show our gratitude for this profound act of love and get down on our knees before Him who came down to us.

With all this in mind, I was rather surprised and saddened when I learned from a reliable source that, at Saint Sebastian Parish, it is common practice not to kneel during the prayers of consecration. (Only a very small number of faithful buck the trend and kneel.) Not only is this a clear rejection of the Church’s and bishops’ instructions, which are given to us for our own spiritual nourishment, but it is also a sign of rebellion against the reality of our place in the created order of things. What kind of parish are we left with if it rejects kneeling in its liturgy?

“The man who learns to believe learns also to kneel, and a faith or a liturgy no longer familiar with kneeling would be sick at the core.” (The Spirit of the Liturgy p.194)