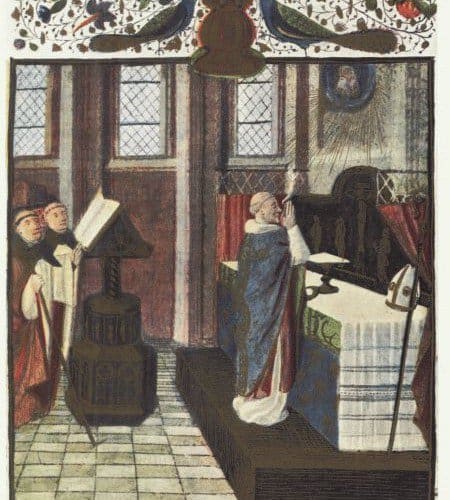 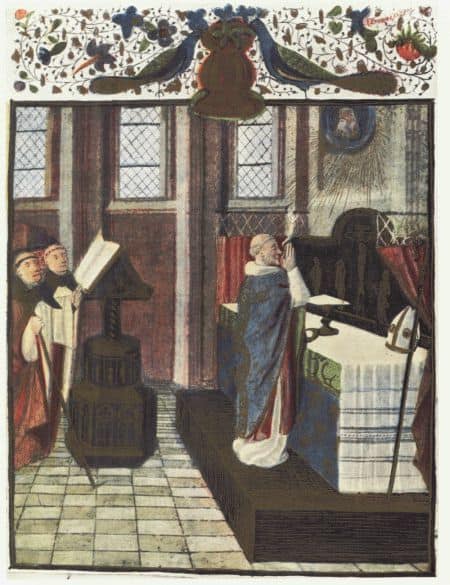 Students of history and liturgy will greatly appreciate a short book published in 2004 by Uwe Michael Lang, Turning Towards the Lord: Orientation in Liturgical Prayer. I just finished it and thought I’d share some initial thoughts. As the title suggests, Lang’s study, which has an introduction by then-Cardinal Ratzinger (not bad!), takes up the history and symbolism of the priest facing east during the liturgy. Why is this important? Who cares? Aren’t there far more pressing issues to address? Isn’t this dry shop talk for introverted Catholics? Well, before you turn the page on this post, bear with me for a minute. Great minds have taken up this subject before. Lang cites Saint Tomas Aquinas, who certainly didn’t think the question was unimportant.

To adore facing east is fitting, first because the movement of the heavens which manifest the divine majesty is from the east. Secondly, paradise was situated in the east according to the Septuagint version of Genesis, and we seek to return to paradise. Thirdly, because of Christ, who is the light of the world and is called the Orient, who mounteth above the heaven of heaven to the east, and is expected to come from the east according to Matthew, as lightening comes out of the east, and shines even to the west, so also will the coming of the Son of Man be. (p. 56)

You see, symbolism matters. Symbolism instructs. Symbols direct the mind’s eye to something else. As Aquinas explains so characteristically well, the sun rises in the east and, since the earliest days of the church, this was seen as a powerful symbol of Christ’s resurrection, his definitive triumph over darkness and death. Early Christians tied an eschatological, supernatural expectation to this natural occurrence as well. Christ’s Second Coming will be from the east, so we should pray in that direction with a profound sense of expectation and hope.

Lang takes the reader through a rich collection of ancient texts, sources and historians, all of which leave no doubt as to the ubiquitousness of eastward liturgical orientation throughout the history of the Western and Eastern churches as early as the start of the second century. What struck me was how differently we understand the notion of interaction and participation today, and how quickly the new, theologically bland versions have trumped, even whitewashed, the ancient. “Christians in the ancient world and in the early Middle Ages would not have associated real participation in the liturgy with looking at the celebrant and his actions.” (p.86) Now, in a bizarre twist, the priest “turning his back to the people” in prayer is read by many as a subtle insult by the priest aimed at the faithful! Lang shows us how this narrow take never would have crossed the minds of early Christians.

One hears strong echoes of the The Spirit of the Liturgy in the following passage.

The ideal of the Christian church is not a circular building with altar, ambo, and sedilia in the center. It is not mere accident that samples of this type are hardly found before the second half of the twentieth century; the celebratio versus populum tends to diminish the transcendent dimension of the Eucharist to such an extent that it generates a closed society. (p.102)

When I read this passage, Milwaukee’s Cathedral of Saint John the Evangelist, renovated by Archbishop Weakland to model the in-the-round modern ideal, immediately came to mind. Lang’s book demolishes the early Christian revisionist history that people like Weakland use to ramrod disastrous, self-serving, legacy renovation schemes at churches across the nation.