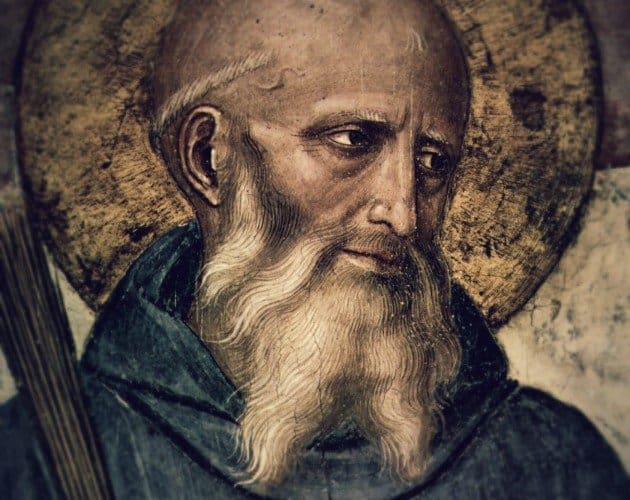 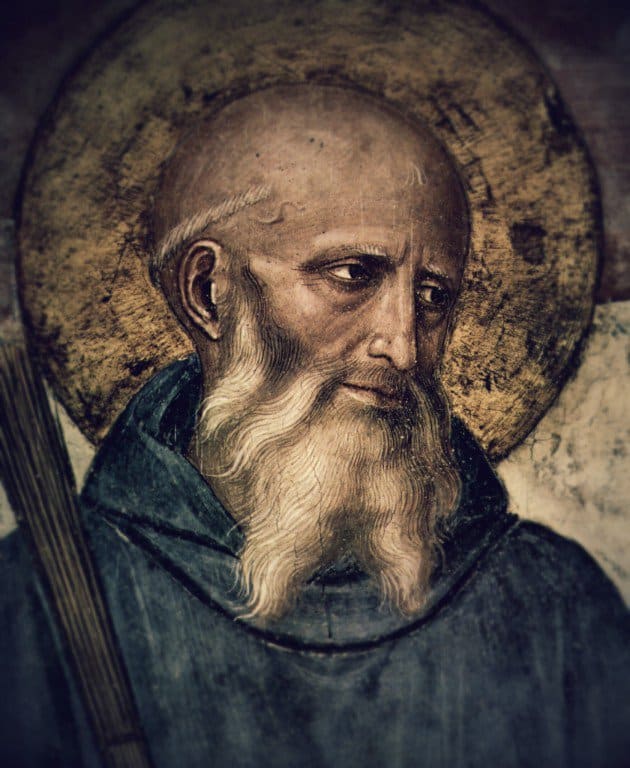 These are difficult days. We cannot ignore this. We cannot gloss over the maturation of toxic ideologies brought about by what Benedict XVI called the “dictatorship of relativism” in the West. And we read everyday about the relentless persecution of Christians in the Middle East and Africa which, according to Pope Francis, rival those of the earliest days of the Church. It is not simplistic, Henny Penny recklessness to warn about the dangers threatening society. Some of our nation’s most erudite legal scholars did just that in their strikingly somber dissents in last week’s Supreme Court ruling. John Roberts, Antonin Scalia, Clarence Thomas and Samuel Alito each penned searing excoriations of the Court’s majority decision on gay “marriage” which, they believe, set us on a very dangerous path, politically and culturally. For their part, the United States bishops, including our own Archbishop Listecki, released a string of forceful statements sounding the alarm on the gravity of the ruling and the implications it has for the family and religious liberty. Sometimes you’ll hear people on our side say, “It’s been bad before, today’s no different.” Yes, it has been bad before. But today is different.

Through its embrace of moral relativism, our post-Christian culture is undergoing a remarkable change, and at a faster rate than most would have expected even ten years ago. Liberals call it progress or, “change you can believe in.” Those on our side call it a decomposition, a breaking down and outright rejection of long-held and widely-held beliefs in basic first principles. Those cherished first principles of ordered liberty and objective morality, which established the foundation of the Western world, are now being portrayed as positions born out of ignorance, intolerance, hate and prejudice. So if you support them, you must be either stupid, intolerant or hateful.

There is an understandable concern on the part of orthodox Christians that laws, courts and other societal pressures will soon bear down hard on them because of their beliefs. This isn’t hyperbole. It’s simply the reality. Politicians, from Barack Obama and Hillary Clinton, to aging, hipster entertainers like George Takei (that’s Mr. Sulu for us, um…you Trekkies) are already discussing how religious views will have to evolve in light of the Supreme Court ruling. What do you think they mean by that?

Let’s look at some more sobering facts: Most Catholics voted for the president who is, by his own admission, interested in “fundamentally transforming the United States of America.” Most Catholics, polls show, support the transformation of marriage to include homosexual unions. Most Catholics support the use of artificial contraceptives. Many prominent Catholics who hold public office are spearheading nefarious policies with impunity that undermine the family, while simultaneously touting their Catholicism. Many Catholic schools, let’s be perfectly honest, are no longer reliable bastions of Catholic identity and formation, where parents can trust that their children are going to be taught the core tenets of the faith. There’s clearly a lot of confusion among Catholics, not to mention the mess outside.

Catholics need to rediscover and recommit to the Church’s core beliefs. We need to return to the things that give us an identity: the sacraments, beautiful liturgy, prayer and authentic family and social life. In a word, culture. But in these dark times, where do we find it? How do we do it? For approximately fifty years, we’ve been trying an understandable but ultimately misguided experiment: become more accessible and accommodating, and people will respond and flock to the Church in droves. (Archbishop Bugnini himself stated this as one of his goals.) What has happened as a result? Our liturgy, family life and culture have themselves become heavily inundated with and influenced by a powerful, secular culture that is sick. Instead of forming and pulling our wayward culture back to a moral center, the culture has influenced and pulled us according to its standards. And it’s sadly the case that many in the Church have allowed it, under the auspices of “engaging the world.” Now, engagement isn’t bad per se, it’s necessary, as long as we do not lose our identity in the process. But that is precisely what happened. When a strong, militantly secular culture collides with an insecure, accommodation-obsessed Church, the result is not hard to predict. We see it today. So in light of all this, what do we do?

Last week, Rod Dreher wrote a thought-provoking piece in which he makes a bold suggestion.

It is time for what I call the Benedict Option. In his 1982 book After Virtue, the eminent philosopher Alasdair MacIntyre likened the current age to the fall of ancient Rome. He pointed to Benedict of Nursia, a pious young Christian who left the chaos of Rome to go to the woods to pray, as an example for us. We who want to live by the traditional virtues, MacIntyre said, have to pioneer new ways of doing so in community. We await, he said “a new — and doubtless very different — St. Benedict.”

I believe that orthodox Christians today are called to be those new and very different St. Benedicts.

Ancient Rome just before the collapse and the current state of affairs? I think it is an accurate comparison to make, and I think the remedy is spot on. But if imitation is the desideratum, what is meant by “a new–and doubtless very different–Saint Benedict”? We need a Benedictine-inspired roadmap for faithful Catholics now, in the 21st century. 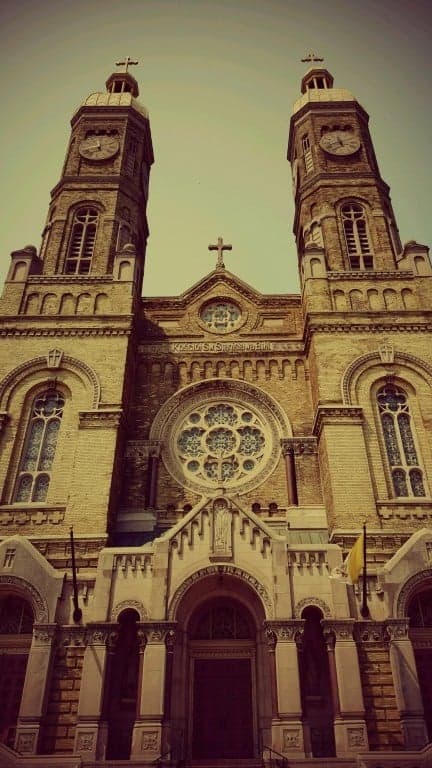 While still in the minority, parishes that offer a solemn liturgical experience, whether in the novus ordo or in the extraordinary form, are growing. Here in Milwaukee, Old Saint Anthony and Saint Stanislaus (both on the South Side) offer Catholics a sanctuary of liturgical beauty. Saint Anthony offers solemn liturgy according to the novus ordo, while Saint Stanislaus offers Mass according to the centuries-old extraordinary form. (A lot of devout priests are doing great work at other parishes as well, yet are up against stubborn, entrenched policies that are very hard to dismantle. They also deserve support.) All too often, and for far too long, parishes have allowed their liturgies to be watered down by “All are welcome” Protestant influences, to the detriment of the Church’s sacramental life and identity.

How are things notably different at traditional parishes? Here are a few basics: clear reverence is given to the Blessed Sacrament, silence instead of pointless chitchat before and after Mass, sacred music that is truly beautiful and not banal, regular availability of Confession, reliance upon Latin for at least part of the liturgy, and well-prepared, doctrine-based homilies.

These are just some of the things you will find at traditional Catholic parishes, where a clear Catholic identity is being carefully cultivated and protected. Parishes where these points are given priority are a starting point for the Benedict Option because as stated earlier, and this is crucial, they offer a counter-cultural alternative to the status quo. It is important that Catholics seek out such parishes and support them with their attendance and financial assistance. We can no longer settle for liturgical mediocrity that reflects so many of the narcissistic tendencies of mainstream culture. Speaking more generally, then-Cardinal Ratzinger made this point over twenty years ago:

Today more than ever, the Christian must be aware that he belongs to a minority and that he is in opposition to everything that appears good, obvious, and logical to the ‘spirit of the world,’ as the New Testament calls it. Among the most urgent tasks facing Christians is that of regaining the capacity of non-conformism, i.e., the capacity to oppose many developments of the surrounding culture.

(Emphasis added.) Conformism though, has been the modus operandi of many in the Church for the past fifty years or so. It hasn’t worked. It’s only diluted the message.

The other area where the Benedict Option is taking root is the growing homeschool movement, and at smaller private schools where priority is given to cultivating a mature Catholic identity. I was never homeschooled, and for years was rather ambivalent to the idea. But the more kids and teenagers I meet who are homeschooled, the more impressed I am with the obvious results. I’ve seen amazing levels of maturity, character development and intellectual abilities in kids who are homeschooled. Most notably, they have not imbibed the numerous negative influences of modern culture that are being intentionally and craftily targeted at youth. They are joyful and innocent, and not jaded by a culture that seems bored with everything that requires patience. From the elevated way homeschooled youth speak to adults (with respect) to how they use their free time (on healthy outlets), there is an undeniable difference from mainstream youth. Not surprisingly, many of these families seek out and attend traditional Catholic parishes. They seek a liturgical life that nourishes their domestic life, sacramentally, aesthetically and intellectually.

Now let’s be clear, the Benedict Option is not about hiding under the bed or heading for the hills while the world goes to hell. And it does not mean turning a blind eye to need for evangelization which, by the way, shouldn’t be confused with “Have you been saved?” proselytism. As Pope Benedict reminded us,

The Church does not engage in proselytism. Instead, she grows by ‘attraction’: just as Christ ‘draws all to himself’ by the power of his love, culminating in the sacrifice of the Cross, so the Church fulfills her mission to the extent that, in union with Christ, she accomplishes everyone of her works in spiritual and practical imitation of the love of her Lord.

So how do we draw and grow by attraction? Personal conversion, sanctification and charity come first. After that, I believe the Benedict Option is the answer, i.e., focusing in on, and building support around pockets of Catholic alternatives to the mainstream, and refusing to be determined and driven by an increasingly corrupt secular culture. There is a reason why so many families are drawn to parishes that are not necessarily close to their homes, driving long distances to reach them. They are attracted to, and evangelized by, the beauty that radiates from the liturgy. We need to rebuild our close-knit, counter-cultural Catholic communities. Once we are united around a common identity, we will be much stronger evangelizers of the world. Then we can start to rebuild from the rubble.