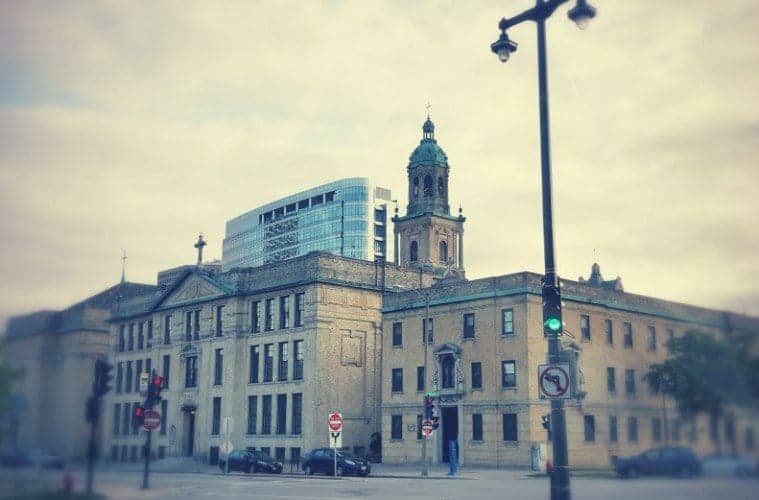 Many people, in many places and many times, have written about the fall of Archbishop Rembert Weakland. It’s old news. At this point, regarding the man himself, nothing more really needs to be said. Righteous anger only serves a purpose when it can be put to use.   Justice for Archbishop Weakland’s crimes will not be served in this life. He will not be defrocked. He will not be dragged in front of a tribunal and canonically punished for malfeasance. He will not endure the humiliation of being sacked from a prestigious position for covering up sexual abuse. That train has left the station.    But this isn’t an article about Rembert Weakland and how he hurt the people of Milwaukee. It’s about the people in the apparatus of the Archdiocese of Milwaukee and how they are continuing to hurt Milwaukee.

Look at this from the position of the laity. Archbishop Weakland took half a million dollars of diocesan money, OUR MONEY, (not including legal fees) to bribe his male ex lover. No, let’s dispense with the niceties and call it like it is: the Archbishop STOLE half a million dollars from the Catholics of Milwaukee to fund his “intrinsically disordered” (The Church’s definition of homosexuality, not mine) sex adventures.

Stop RIGHT there. That should be it. Game over. Finito. If a politician or CEO did that, no matter what their record was, they’d be fired on the spot and charged with grand larceny. His name would be stricken from the monuments. His appointments and decisions would become suspect. Should he avoid jail time, he would immediately retire from public life and live out the rest of his years in anonymity. There would be a gigantic, public and institutional washing of the hands.

Is there an element of punishment here? Sure. But what it really serves is catharsis. It’s the institution showing that it does not stand by these crimes, that it is trustworthy, and takes harm directed at its populace seriously.

But this never happened in the Archdiocese. There is a prominent building downtown named in Archbishop Weakland’s honor! A large bronze bust of the man stands in the Cathedral crypt. He is given the title Archbishop Emeritus! And for a long time, he was invited to archdiocesan events!

You think for one minute that if one of us stole five hundred large from a parish to fund a wanton sex rampage, or heck, to even pay for your daughter’s leukemia treatment, that the Archdiocese of Milwaukee wouldn’t come after you with everything it had? (The fact that there probably isn’t $500,000 left in this diocese left to steal after all the sex abuse payouts is beside the point.)

And yet, we continue to drive by the Archbishop Weakland Center. In the Cathedral, there is a creepy and unintentionally ironic bronze bas-relief of Weakland with a bunch of children (considering his role in covering up sexual abuse) in the Cathedral. THE CATHEDRAL. 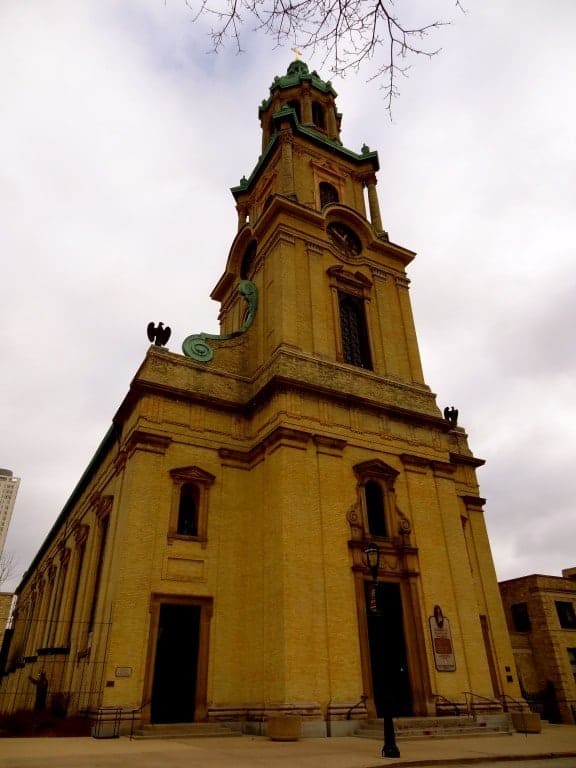 The hypocrisy is mind boggling. And insulting. That money was entrusted to the archdiocese by the hard working laity of this city to save souls. Many charities and faithful clerics were counting on that money to help spread the faith. To have it stolen and do nothing to even imply that this was wrong is almost unforgivable. It’s not like the Archbishop even bought something cool like a yacht or a sports car. He used it to cover up sodomy, a misdeed that cries out to heaven for vengeance.

The administrators of this Archdiocese need to sit down and figure out exactly how much this borderline delusional loyalty to a disgraced and ridiculed public figure is worth. I’m talking about busting out a slide rule and some calculators. If you think this doesn’t hit you in the wallet, you are gravely mistaken. People have got to stop worrying about Archbishop Weakland’s legacy and careers and start thinking about their own.

Weakland is a punch line for hypocrisy in secular circles and a cautionary tale in ecclesiastical ones. It goes beyond tragic into sheer farce. What possible benefit can there be? Was he just that cool of a boss? Does he have a file full of dirt on everyone in the Chancery? Did he take a bullet for your father in ‘Nam?

The Emperor is very naked, the only difference is, everyone in the crowd can see it. And they’ve been seeing it for a long time now. It goes to show how little some people in this archdiocese care for the flock that it continues to trip over itself fawning over the legacy of this man.

To the Archdiocese of Milwaukee: It’s time to move past Archbishop Weakland and all the baggage he carries with him and start focusing on your commission: leading the flock.

Strip him of his emeritus title. Strike his name from the monuments. Get rid of the bronze bust. And undo his disastrous renovation of the Cathedral. This isn’t about punishing an old man for wrongs committed. That ship has already sailed. But the laity need to be shown that you take them seriously. People don’t respect leaders who don’t respect them.

We can turn all this around. We can make this Archdiocese great. But that isn’t going to happen unless we address what made it wrong in the first place.

As an addendum, there will probably be a desire by the Archdiocese to respond to this article. That’s fine. We’re not going to move forward without dialogue. But do yourself a favor and reply publically, because all I am doing is articulating what many other people feel. There are a lot of Catholics out there that need to hear what you have to say.