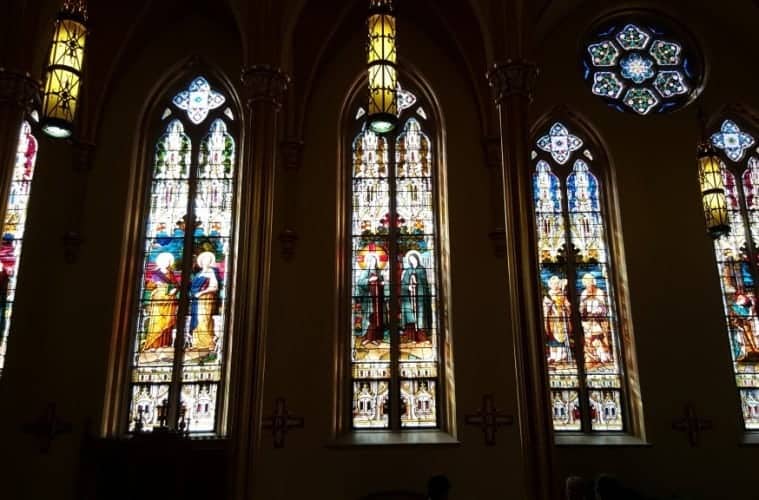 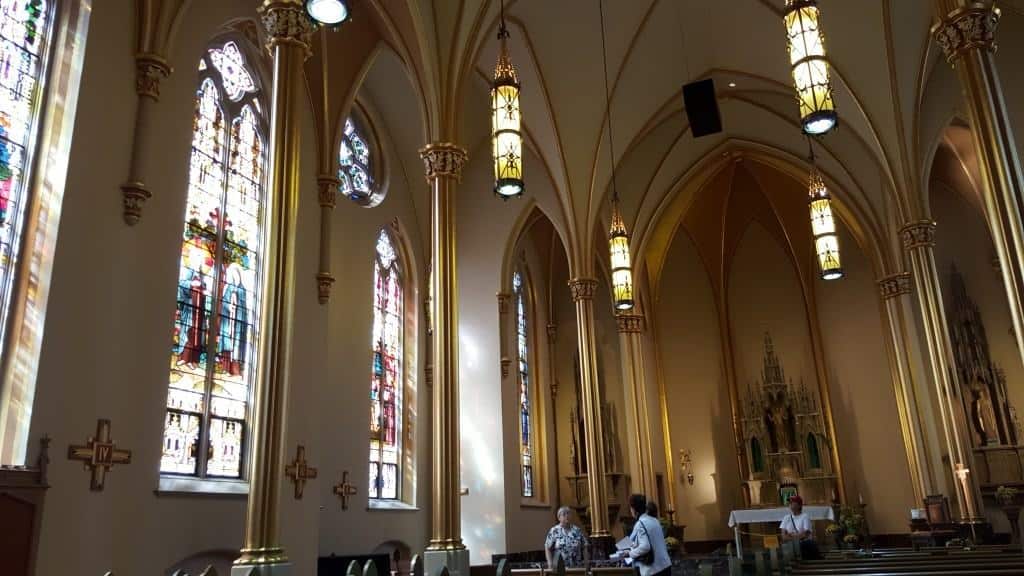 Interior of the chapel.

This past summer, on Doors Open Milwaukee, I explored the historic convent of the Sisters of Saint Francis on Lake Drive. It houses a stunning gothic chapel that doesn’t get the attention it deserves. Sunlight streamed through the beautiful, century-old stained glass windows. I remember imagining hundreds of young sisters filling the pews to attend Mass, to chant the Divine Office, for silent adoration. The order was alive, and growing. That was then. 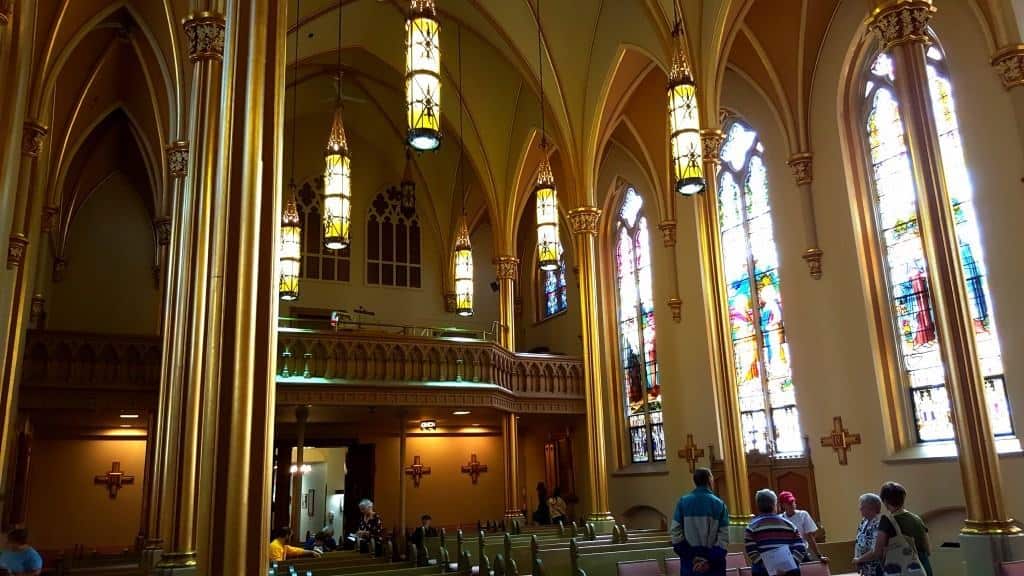 I was told that some sisters, many from Germany, specialized in embroidery and made exquisite liturgical vestments. So high was the demand for their refined craft that a special room (quite large) was designated for making vestments for priests. These sisters had serious skills with the needle and thread. Vestments of that quality are very expensive today. But they are for the glorious liturgy, so the investment is well-worth it. (We shouldn’t do things on the cheap when it comes to God and his liturgy.) Today, that little embroidery room is closed, used for storage, or something of little importance. There are no sisters left who specialize in that skill. 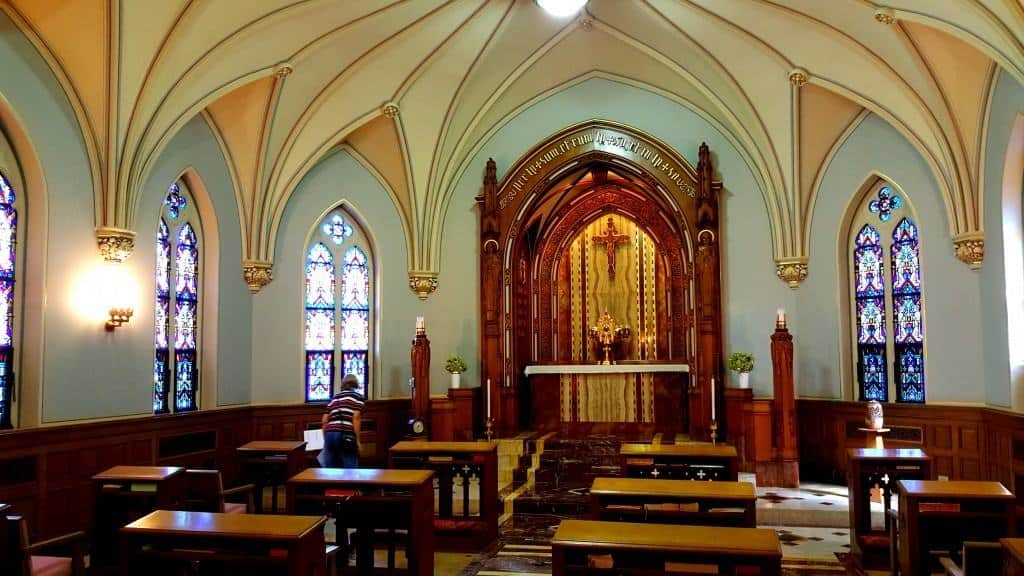 As I strolled the long halls of this convent, the worn, old hardwood floor creaking under my feet, I was greeted by a number of very warm and welcoming sisters. They were obviously happy to host visitors and to talk about their order. And who can blame them? It’s an amazing legacy! But these sisters were all quite elderly. Of course, there’s nothing wrong with that, but where were the young sisters? Where were the novices? The new recruits? I didn’t see any. I also didn’t see any traditional habits either. Those, like the recruits, are gone with the wind. The original, small and austere cells, once occupied by sisters, are abandoned, rarely if ever used by nuns anymore. They line a narrow hallway (appropriately called “Memory Lane” by the nuns) and are preserved as historical curiosities, like something you’d see at the Streets of Old Milwaukee, but they are no longer regularly lived in. 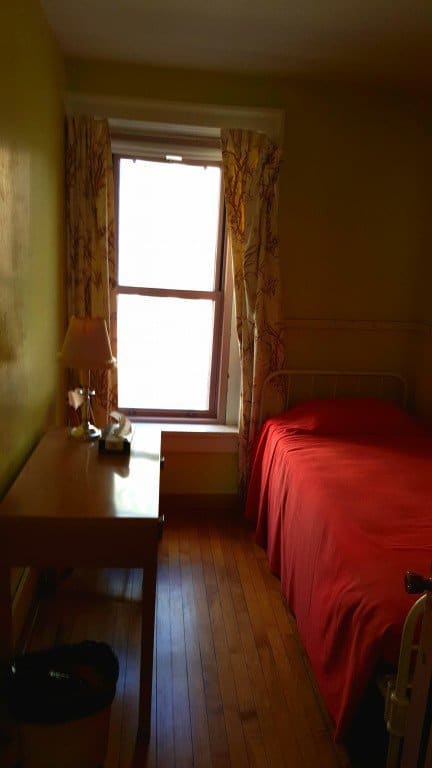 The unhinged decades of the ’60s and ’70s, under the hubris of a “new era” of progress, swept away centuries of traditions that were meaningful…and beautiful. Old constitutions were traded in for apartment living, social justice activism and accommodation to secular fads. Any wonder interest in religious life dropped shortly after?

As vocations to this order, and so many others, plummet to unprecedented levels, the inevitable questions start to surface. What will become of this chapel in ten years? What will happen to the convent, the building itself, the windows and relics? What will happen to all the artistic treasures that are housed here? Apathy, decadence and demographics are already mortally threatening Europe’s churches, shrines and civilization. Condos, pubs and trendy clubs are occupying ancient sites that once housed monks, nuns and scores of faithful. We aren’t immune, either.

I can’t say I’m optimistic about the survival of this chapel and convent. How much longer? Time will tell. But you should pay a visit while it’s still a convent. And pray that a younger order, more traditional and growing, will be invited in to take over the reins.

Miracles do happen, after all. 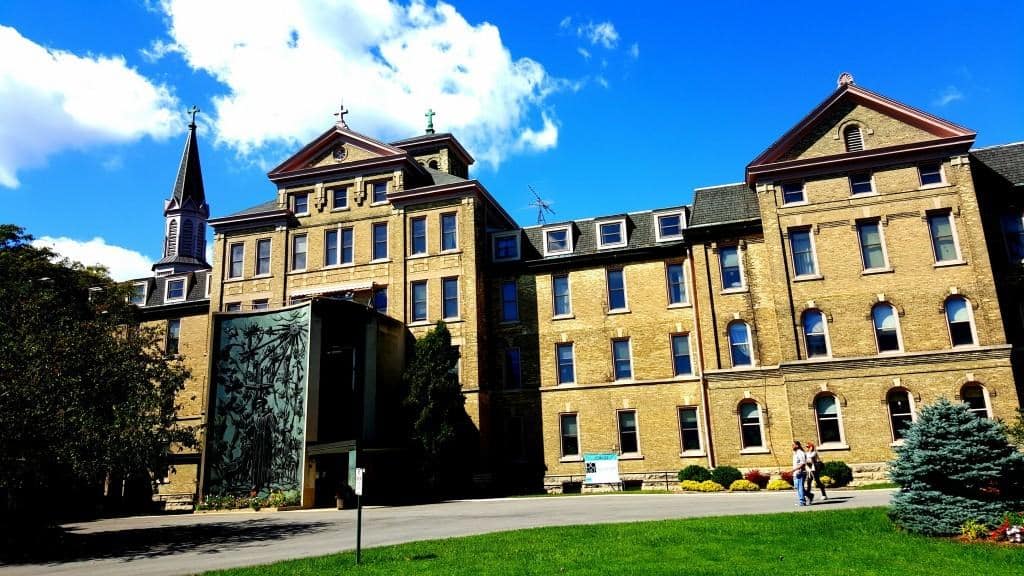 Convent of the Sisters of Saint Francis, on Lake Drive, Milwaukee.