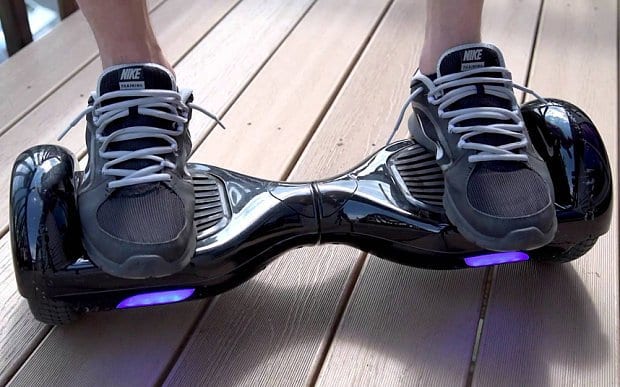 Google Search “hoverboard” and what’s the first story that pops up? If you follow the news, then you’ve heard about it. On Christmas Eve, a priest in full liturgical vestments in the Philippines was recorded gliding up and down the aisles of his church on a hoverboard, mic in hand, regaling his flock with a schmaltzy song. Just when you think you’ve heard everything, right? As the video spread across the globe, the Diocese of San Pablo acted quickly and reprimanded the priest with a suspension for time to “reflect” on his actions. To his credit, the embarrassed cleric apologized, calling the incident a “wake-up call.” 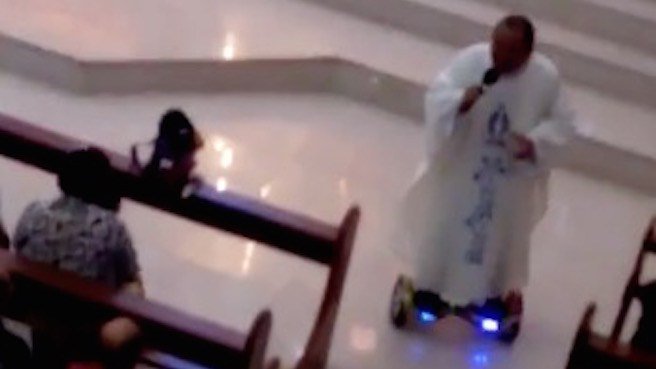 On a positive note, the statement from the diocese is quite eloquent. Here it is, in part:

The Eucharist demands utmost respect and reverence. It is the Memorial of the Lord’s Sacrifice. It is the source and summit of Christian life. It is the Church’s highest form of worship. Consequently, it is not a personal celebration where one can capriciously introduce something to get the attention of the people.

One source called the church “humorless” for its reaction. What’s the big deal? He’s only trying to connect with his parishioners. What harm was done? The diocesan statement answers the objections. This is liturgy, not a spectacle.

While I don’t think a lot of priests are buzzing around their churches during Mass on hoverboards, there is still a lesson to learn from this surreal event that is certainly applicable to many parishes. The liturgy, “is not a personal celebration where one can capriciously introduce something to get the attention of the people.” (Emphasis added.) And yet, how often do we encounter novel, totally capricious insertions into the liturgy on the part of priests? Examples of unauthorized liturgical improvisations are not always as headline-grabbing as a crooning middle-aged priest spinning around on a hoverboard, but they happen a lot. And nothing is done about them. We’ve accepted it as normal.

In many quarters, we’ve lost sense of what liturgy is. And so, cut off from the tradition and teaching of the Church, and in order to pander to people, many priests have recourse to their own personal taste and creative flair. It becomes about what I think will work. What I think people want to see. Liturgy itself becomes the testing ground for all kinds of bizarre improvisation and tinkering that revolve around my preferences and my ideas. In extreme cases, like the hoverboard incident, liturgy becomes a joke.

Good intentions, however tacky, do not trump Church directives. Bishops and dioceses need to be vigilant to ensure that liturgies follow proper rubrics established by the Church, and that garish displays of clerical narcissism are eliminated.