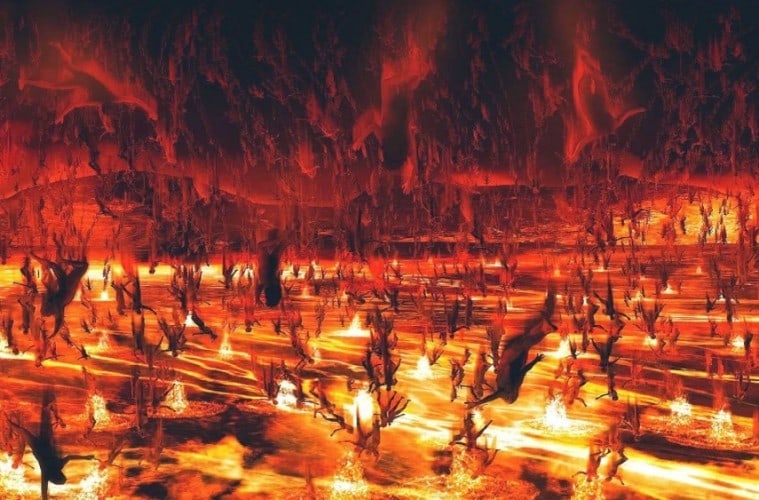 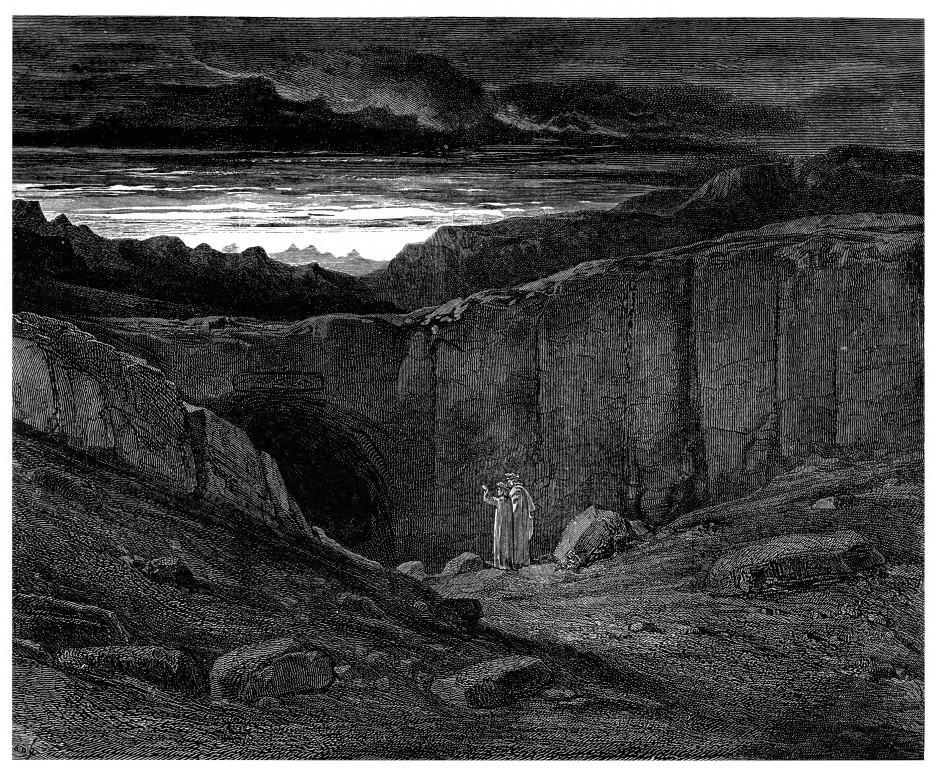 Since the time I was a boy, conversation about the Devil and Hell was rare. Whether it was under the tutelage of Catholic grade school teachers, in homilies or at funerals, I began to notice a common theme when it came to speaking about the afterlife: “Heaven’s going to be great, and it’s going to be awesome when we all get there.” Discussion of an alternative narrative almost seemed forbidden.

So many aspects of Church teaching have been watered down and in so many quarters, that I find myself sympathizing with those who’ve fallen into a state of spiritual ennui. After all, even if an afterlife exists (so it is thought) what’s the point of working out our salvation in “fear and trembling” if we’ve already been guaranteed eternity for being “nice”?

Recall the funerals you’ve attended and ask yourself if any mention was made of praying for the soul of the deceased. In his new book Militant: Resurrecting Authentic Catholicism, Michael Voris astutely points out that “Attending a Catholic funeral mass these days is more akin to attending a canonization ceremony. The deceased is hailed and praised and fondly remembered, with barely a mention of the state of his soul in eternity other than to declare him in Heaven.”

I can personally attest to this. In 2015, I attended a funeral Mass at Gesu Parish in Milwaukee for my best friend’s sister who committed suicide. Her mother had to cut her down from the rafters as her boyfriend held her lifeless body in his arms. At her funeral, the priest celebrated her life saying “She is looking down from us in heaven now.” Of course, he could be right, I don’t read souls. However, not a word was said about praying for her. If she wasn’t in heaven at that very moment, she probably didn’t receive many prayers from the people sitting in the pews that day. What a disservice to her soul!

Today, millions have become so anesthetized by everyday comforts and sybaritic vices that the thought of being forever relegated to total isolation and torment is unfathomable.

The truth is that Hell does exist. Pretending that it doesn’t so we can continue to live our lives as we wish changes nothing. Jesus, Sacred Scripture, Mary the Mother of God, the Saints, Doctors and Fathers of the Church and countless Popes have spoken about Hell. The truth is that we don’t have a reasonable hope that all or most are saved, “for the gate is narrow and the way is hard, that leads to life, and those who find it are few.” (Mathew: 7:14)

The “reasonable hope” proposition, while popular, doesn’t square with numerous pronouncements over the centuries from Saints and Doctors of the Church, and it also can lead to a dangerous state of complacency that one’s salvation is already in the bag. Just check out some of these quotes if you think I’m off the rails. Perhaps the sobering intensity of these passages and citations will convince or remind you that this life is a spiritual battle ground, that Satan does exist, and that all of us need to reexamine our spiritual lives.

Galatians v: 19-21 “Now the works of the flesh are plain: immorality, impurity, licentiousness, idolatry, sorcery, enmity, strife, jealously, anger, selfishness, dissention, party spirit, envy, drunkenness, carousing, and the like. I warn you, as I warned you before, that those who do such things shall not inherit the kingdom of God.”

St. Augustine, father and Doctor of the Church: “The Apostle commands us to rejoice, but in the Lord, not in the world. For, you see, as Scripture says, whoever wishes to be a friend of this world will be counted as God’s enemy. Just as man cannot serve two masters, so, too, no one can rejoice both in the world and in the Lord.”

St. Alphonsus Maria de Liguori, Doctor of the Church: “Everyone deserves to be saved, but the greater part is lost.”

St. Thomas Aquinas, Doctor of the Church: “Those who are saved are in the minority.”

St. Augustine, Father and Doctor of the Church: “It is certain that few are saved.”

St. Jean Marie Baptiste Vianney, Patron Saint of Parish Priests: “The number saved are as few as the number of grapes left after the vine-pickers have passed.”

St. Francis Xavier “Ah, how many souls lose Heaven and are cast into Hell!”

St. Jerome, Father and Doctor of the Church: “Out of 100,000 sinners who continue in sin until death, scarcely one will be saved.”

Sr. Lucia of Fatima: “Taking into account the behavior of mankind, only a small part of the human race will be saved.”

So with this information, what do we need to do? Listen to Christ and His Church. We need to renew our commitment to working out our own salvation here on earth and start on that path today.

To be sure, the thought of Hell should be scary, but fear can be healthy when it prompts us to do what is right. It can help us to stay away from sin. However, we are commanded by God and instructed by the Saints not to despair. Pope Benedict XVI once said, “To have Christian hope means to know about evil and yet to go and meet the future with confidence.” Despair is a weapon of the Devil, and he employs it to trick us into throwing in the towel. This is what Judas did after betraying Jesus. He believed that his sin was so treasonous, so unforgivable, that he could not be forgiven. Believing himself beyond the mercy of Christ, he sank into black despair and committed suicide. 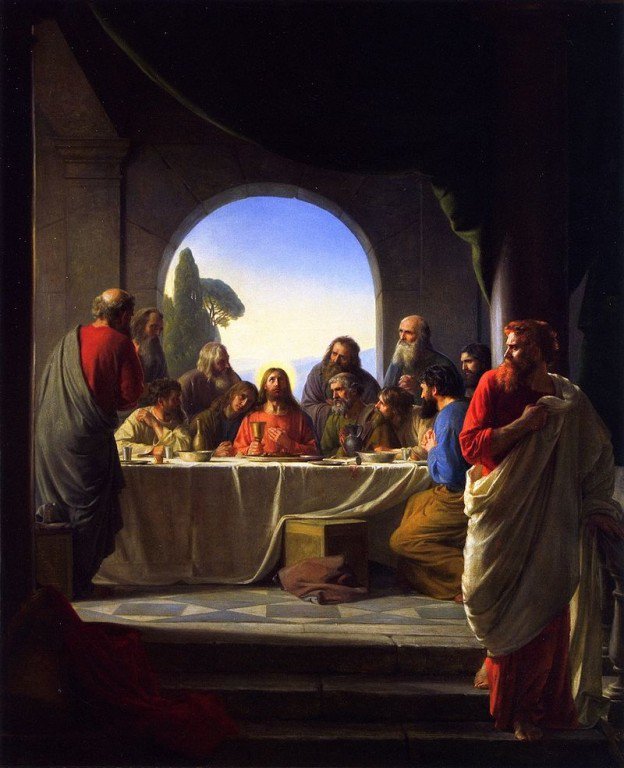 Let’s follow Saint Peter who, after having fallen, repented and opened himself to the infinite mercy of Christ. We are commanded not to despair, but to trust in the Father. Scripture tells us “Rejoice in the Lord always; again, I say, rejoice.”(Philippians 4:4) If our lives belong to Jesus, there is no need to panic. If we belong to Jesus, we will rest secure beneath the mantle of our Blessed Mother and be flooded by the graces of our loving Jesus, who cares for us so much that He allowed Himself to be crucified for us!

Christ died for you and for me! Is that not all the reason in the world to be hopeful, joyful and take courage in Christ?