When it comes to reporting on Pope Francis and his “revolution” who has the time or energy to respond to every example of media or celebrity histrionics? It’s boring, predictable and uninspiring. What can you say about Italian actor Roberto Benigni’s bizarre statement about Pope Francis “dragging the whole Church toward Christianity”? Let the inanity speak for itself.

But some observations are even more striking in their over-the-top, off-the-mark quality. I couldn’t let this one pass without some commentary. You’ll see why. Writing for The New Yorker, well-known Catholic leftist James Carroll outdoes his peers in historical revisionism when discussing Pope Francis’s upcoming book on mercy. You get the sense that many journalists and celebrities genuinely believe that the Church didn’t exist until the election of Pope Francis, or that it was something completely different.

For a couple of decades, we’ve had to endure a similar game with the pre/post-Vatican II narrative, i.e., the Church, prior to the Council, was a hidebound institution straight out of the Dark Ages, etc. The same, revisionist presentation of dramatic and doctored-up before-and-after shots is now applied to the pontificate of Francis.

Pour yourself a stiff drink and get a load of this winner, brought to you by James Carroll.

The Church of which Jorge Mario Bergoglio became Pope, nearly three years ago, was itself a locked door. As Francis, he has, exactly, found a “tiny opening.” He is pushing, and, to universal surprise, the door is beginning to swing open.

That’s right, folks. Prior to Pope Francis, ole James Carroll wants you to believe that the Catholic Church was a “locked door.” You know, that closed-off institution that ran hospitals, schools, universities, orphanages, and sent missionaries to the four corners of the globe? That’s the one. Those who endured Communism in Eastern Europe and, thanks to the pontificate of Pope John Paul II are now free, might disagree. Those in India helped by Mother Teresa’s Missionaries of Charity might also disagree. Countless souls over the years who’ve experienced God’s mercy in the Sacrament of Confession might have something to say, too. 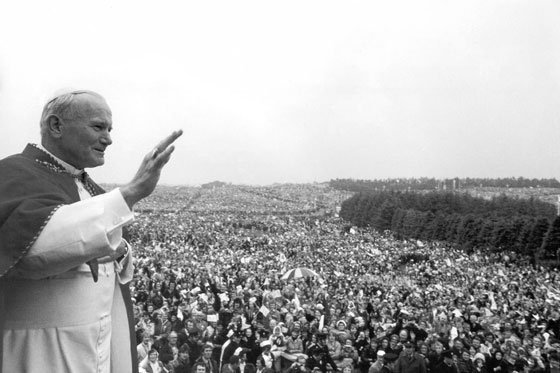 Carroll’s statement is an embarrassment. But based on how often variations on the same theme are worming their way into the conventional wisdom of public opinion, it is alarming. Read about the Church’s history so that, when you come across nonsense like Carroll’s Hegelian-inspired drivel, you can laugh it off and move on.