One-hundred years ago this Saturday, the Virgin Mary appeared to three shepherd children on a sun-scorched plain in Fátima, Portugal. The children’s names were Lucia dos Santos (10) and her cousins, Jacinta (7) and Francisco Marto (9). Black and white photos of the children are revealing. Their countenances look much older than their young years. You can tell from their eyes that they’ve seen something extraordinary. There’s a grown-up sense of urgency etched on their little faces. 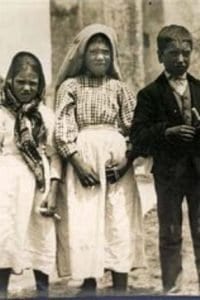 The climax of these apparitions, “the miracle of the sun,” is well-known. Six months after the first appearance of Mary, approximately 70,000 people, drenched and coated with mud because of a ferocious storm, witnessed something unprecedented in the history of the world. As a way of convincing skeptics of the truth of the visions, the Virgin Mary had promised Lucia a miracle so that all may believe. Anticipation reached a fever-pitch as the time and the date approached. And the Queen of Heaven didn’t disappoint.

The storm abruptly ceased, the clouds broke, and the sun’s blinding light dimmed significantly and it began to “dance” in the sky. Streams of color radiated from the pale, spinning disc. At the miracle’s crescendo, the sun appeared to free fall towards earth. Thinking it was the end of the world, many observers screamed in terror and fell to their knees in the mud, begging for Divine deliverance. Eventually the sun took up its normal position and brilliance in the sky. It was over.

The crowd stood (or knelt), astounded. Eventually, they turned to one another to take stock of what just happened. They noticed one final curiosity: everyone was completely dry. 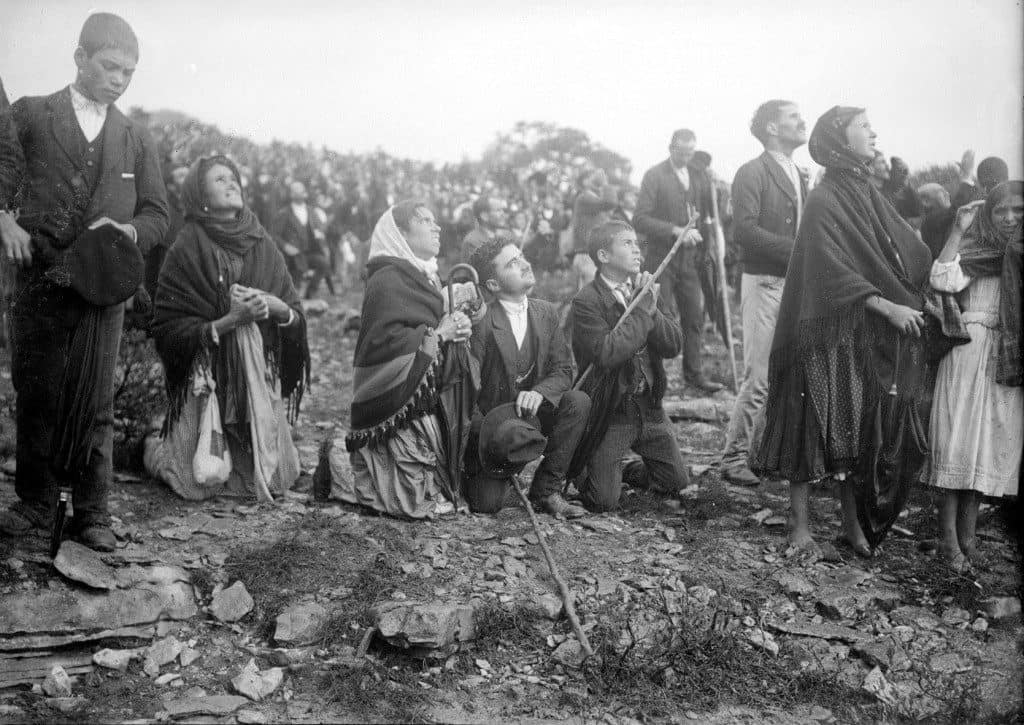 During the miracle of the sun

There was another miracle, silent and less conspicuous, but even greater than the “dancing” sun. Many who came to Fátima on that stormy day were smug atheists and societal elites from the big cities. They’d heard the reports of visions from this backwater and were eager to expose them and the long-promised miracle as hoaxes. But after the miracle of the sun, many of these atheists left Fátima converted, their icy hearts melted by the spectacular solar display.

As predicted by the Virgin Mary, Jacinto and Francisco died shortly after this event. Both will be canonized this weekend in Fátima on the one-hundredth anniversary of the first apparition. Lucia entered a cloistered convent and lived a very long life. She died in 2005 and her cause for beatification and canonization is underway. 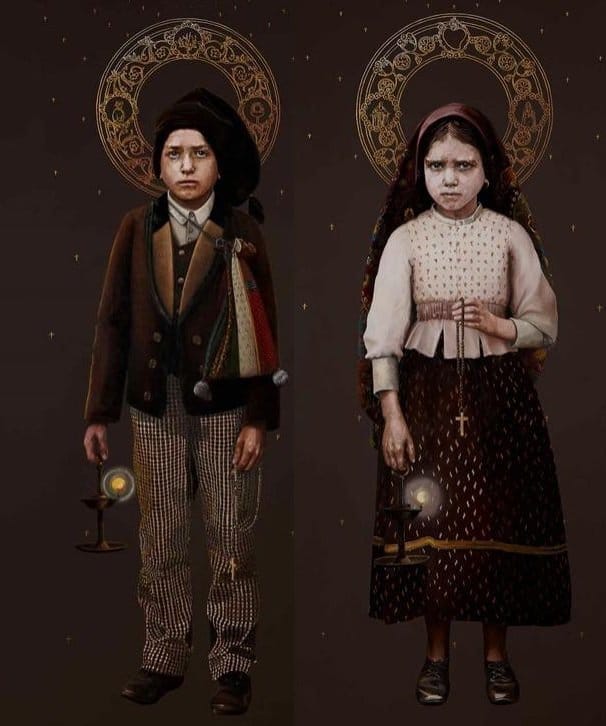 Canonization portraits of Francisco and Jacinta Marto (from Fatima Shrine)

When it’s all said and done, what is the message of Fátima? What is the point? It’s simple and urgent: Pray. Pray for the conversion of sinners. On one occasion, Mary said to Lucia: “Pray! Pray a great deal and make sacrifices for sinners, for many souls go to Hell for not having someone to pray and make sacrifices for them!” The rosary was given special attention by the Blessed Virgin, but other beautiful prayers were relayed to the children as well.

Oh my Jesus, forgive us our sins, save us from the fires of hell, lead all souls to heaven especially those in most need of Thy mercy.

My God, I believe, I adore, I hope, I love You! I ask pardon for those who do not believe, do not adore, do not hope, and do not love You.

Most Holy Trinity, Father, Son and Holy Ghost, I adore You profoundly! I offer You the most precious Body and Blood, Soul and Divinity of Our Lord Jesus Christ, present in all the tabernacles of the world, in reparation for all the outrages committed against it, and by the infinite merits of His Sacred Heart and through the intercession of the Immaculate Heart of Mary, I pray for the conversion of poor sinners!

For daily sacrifices, Our Lady gave the following prayer:

My Jesus, it is for love of you, the conversion of sinners, and in reparation for the sins committed against the Immaculate Heart of Mary.

In our “enlightened” society, and even all-too-often in our churches, we don’t hear much about personal sin and Hell. Too unpleasant. Too unsettling. The Sacrament of Penance, that great gift of God’s limitless mercy, is given little attention at many parishes. Some confessionals have been turned into storage spaces! We don’t want to be bothered hearing about sin. We don’t want to confess our sins. Eventually, sin as something for which I am personally responsible drops off the radar. Nothing could please the devil more. Such avoidance and presumption are fatal. As the message of Fátima makes abundantly clear, sin and Hell are real and we need to begin talking about them again. 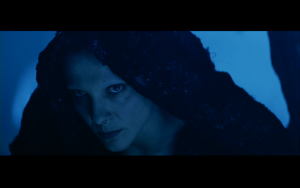 Portrayal of Satan in The Passion of the Christ

The incredible events of Fátima were one-hundred years ago, but the message, like truth itself, hasn’t changed: Pray! The train of global wars, deaths and catastrophes between then and now is staggering. The world today, and the West in particular, is even more detached from God than in 1917. We need prayers, conversion of hearts and Christ’s Divine Mercy more than ever. Perhaps we won’t see another dramatic miracle of the sun. But hopefully, through the intercession of Our Lady of Fátima, we’ll see many more of those greater, “silent” miracles: the conversion of souls.

We can take great consolation in the Virgin Mary’s declaration to Lucia: “In the end, my Immaculate Heart will triumph.” 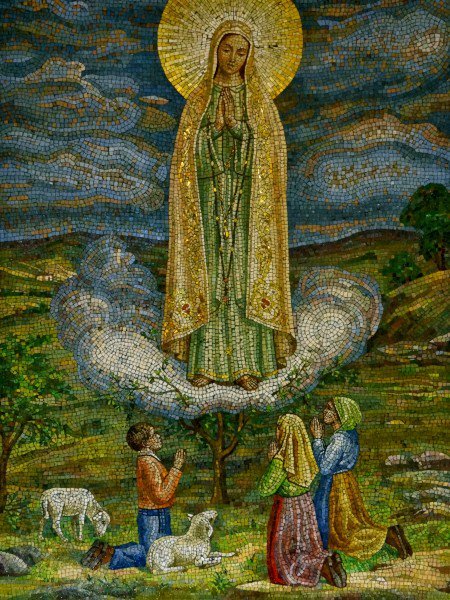 Our Lady of Fatima, pray for us.