Scalia and ‘The Chosen Few’

For much of his life, Associate Supreme Court Justice Antonin Scalia was absorbed in esoteric questions on the minutiae of Constitutional Law. He was a brilliant legal scholar. He was also a devout Catholic. He showed American Catholics the importance of cultivating an authentic intellectual life. This doesn’t necessarily mean holding advanced degrees, and it certainly doesn’t mean stewing in pretentious, know-it-all monologuing. But it does mean rolling up our sleeves and doing the hard work of reading (and reading) and assimilating the long trail of the Church’s intellectual patrimony. It means learning about the lives of the Saints. It means being curious and loving the pursuit of truth. In our present, de-rationalized society reared on Youtube, mind-numbing social media, reality television and video games, the need for a rejuvenated intellectual life among serious Catholics is more urgent now than ever before. 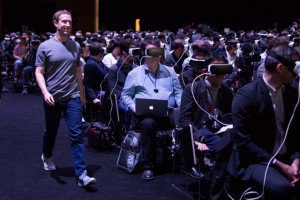 Adults of the 21st century

One of the consequences of a dumbed-down culture is that many of its people, stuck in an updated version of Plato’s cave, never lift their eyes from posting about their day to look up to heaven and seek answers to the ultimate meaning of their existence. For too long, even in our Catholic schools, we’ve seen a disregard for our rich intellectual heritage. From elementary to university level, many Catholic schools have opted to embrace the premise of Progressivism, which elevates utilitarianism, careerism and over-specialization above the cultivation of virtue and the intellect. Young Catholics are no longer taught how to think, but are instead told what to think. They are taught how to be successful, but not to be saints.

Mary Ann Glendon once observed that, while American Catholics are often highly educated, the majority still know very little about the Catholic faith. Catholics who are considered “highly educated” will often pass through their entire academic life and never ponder what Plato and Aristotle wrote. They never ask about the purpose of knowledge, beyond getting a job and earning lots of money. They never know the definition of the virtuous life. They’ve never studied the great medieval minds, or the Catholic humanists of the Renaissance era, like Thomas More and Erasmus. What does In Praise of Folly teach us in 2016? Scalia himself channeled the wisdom of Erasmus when he advised the following to a class of high school graduates a few years back.

God assumed from the beginning that the wise of the world would view Christians as fools … and he has not been disappointed. … If I have brought any message today, it is this: Have the courage to have your wisdom regarded as stupidity. Be fools for Christ. And have the courage to suffer the contempt of the sophisticated world.

What riches are found in Introduction to the Devout Life by Saint Francis de Sales? “Educated” Catholics never read Pascal, Newman, Belloc, Chesterton, Wojtyła and Ratzinger. Western philosophy, literature, art, in other words culture, has been largely buried at many Catholic schools, and the flock, living in the fog of the “dictatorship of relativism” is understandably disoriented, finding specious answers to life’s questions in dangerous pseudo-intellectual traditions.

Of course, we cannot see our cultural and intellectual life divorced from the liturgy, which has been heavily banalized in many quarters. Severed from its rich and beautiful rites, it often evinces the flavors of a Protestant service instead of a Catholic Mass. It’s rather ironic that the goal to make the liturgy more “intelligible” through the simplification of rites and elimination of Latin has resulted in fewer Catholics today knowing what the liturgy actually is. Antonin Scalia appreciated the great beauty and reverence found in the traditional Latin Mass. While on the road, he and his wife would search out parishes where beautiful liturgy was offered. He once observed, “We have always traveled long distances to go to a church that we thought had a really reverent Mass, the kind of church that when you go in, it is quiet — not that kind of church where it is like a community hall and everybody is talking,”

Over the course of his life, Justice Scalia reminded us of the need for a rediscovery of and engagement with the Catholic intellectual life. As valedictorian of his Georgetown class of 1957, he issued a strong rallying cry to his fellow graduates.

If we will not be leaders of a real, a true, a Catholic intellectual life, no one will! We cannot shift responsibility to some vague ‘chosen few.’ We are the chosen few. The responsibility rests upon all of us, whatever our future professions. For the intellectual life, which is essentially the never-ending search for truth of which we spoke, does not belong to the college and the university… But it should stretch far beyond, to wherever there is a man to think.

To get there, we need to buckle down and get to work. Pope Benedict XVI explained the importance of study in a 2011 address to German seminarians.

This [the role of study] is not an academic accident that has arisen in the Western Church; it is something essential. We all know that Saint Peter said, ‘Always be prepared to make a defense to anyone who calls you to account for the hope that is in you’ (1 Pet 3:15). Our world today is a rationalistic and thoroughly scientific world, albeit often somewhat pseudoscientific. But this scientific spirit, the spirit of understanding, explaining, know-how, rejection of the irrational, is dominant in our time. . . . The faith . . . is the key that encompasses everything, gives it meaning, interprets it, and also provides its inner ethical orientation: making clear that it is to be understood and lived as tending toward God and proceeding from God. Therefore, it is important to be informed and to understand, to have an open mind, to learn. . . . Studying is essential: only thus can we stand firm in these times and proclaim within them the reason for our faith. (Address to Seminarians, Apostolic Journey to Germany, 2011)

A lasting revival of culture will only come about if we experience a conversion of hearts, leading souls to burn with a passionate desire for Truth. We need to witness a mass exodus from the cave of darkness, irrationality, materialism and narcissism. Then we must pick up and dust off what has been passed down to us from previous centuries and let it seep into our hearts and minds.