Note: Cardinal Francis George of Chicago died five years ago today. At that time, Bishop Donald Hying wrote a personal reflection on his life for Cream City Catholic. We thought it’d be a good time to repost it.

The death of Cardinal George marks a deep loss for the Catholic Church in the United States. His combination of a keen intellect, deep humility, profound interior life and joyful generosity made him a leader that we could always look to for insight and inspiration. I had met Cardinal George several times tangentially—at airports, special Masses and even once stuck in a prolonged traffic jam on an Indiana freeway! I got to know him better when I became a bishop and was blessed to interact with him at Bishops Conference meetings, retreats and the 2012 Ad Limina visit to Rome.

Two moments with the Cardinal stand out for me as indicative of his goodness and humor. On January 6, 2015, a very cold and snowy day, Cardinal George attended my installation as Bishop of Gary, IN. In the last few months of his long struggle with cancer, he was very ill and looked extremely pallid. Yet, he had made the extreme effort to be at the Mass, a loving and kind gesture I will never forget.

I was blessed to sit next to Cardinal George in Rome at a dinner in 2012. He shared with me that since he had turned 75 years old several months prior, he had just started telling people exactly what was on his mind. I felt that he had always done that; it was one of the things I have always admired about him. So I asked him, “Your Eminence, has anybody noticed the difference?” I hoped he would find my question amusing and to my relief, he burst into a hearty laugh! 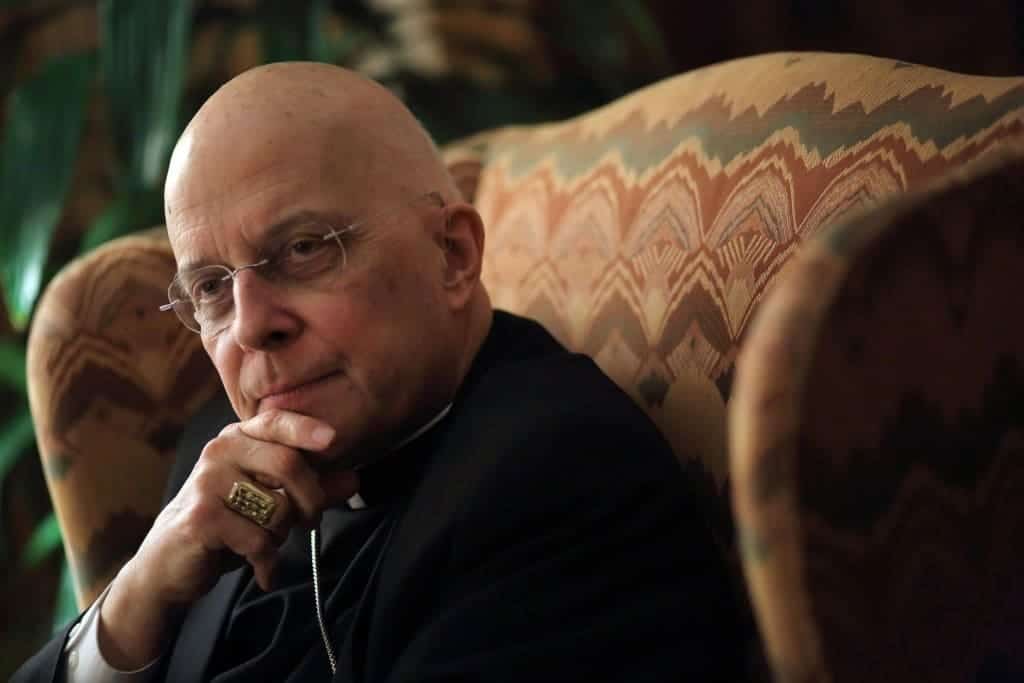 Cardinal George had an incisive intellect which enabled him to articulate the truths of our Catholic faith with profundity, simplicity and breadth. He was always the smartest person in the room. His courage in speaking the truth in charity to our confused culture of today made him a great evangelist and teacher. His steady and uncomplaining perseverance in the face of his cancer inspired and taught us all how to suffer with grace and faith. His painful experience of polio as a child seemed to have opened a depth of spirit in him from which he lived and spoke such great wisdom.

Cardinal George will be remembered as an intellectual giant of United States Catholicism, a prescient sage who fearlessly pointed out the fallacies of our culture but also gently lifted up the hope and life that faith in Christ give us. An obedient son of the Church, the Cardinal always did what was asked of him, even when he would have probably preferred to remain a theology professor. The grace and will of God called him to lead the vast Archdiocese of Chicago as well as the US Bishops Conference. We are all the better for it, even as we mourn his earthly loss. His legacy will always abide in our hearts!