Writing for the Catholic Herald, Father Alexander Lucie-Smith unpacks an important and widely overlooked concept known as romanitas. He starts with a review of a documentary on the Roman Empire by Mary Beard called Ultimate Rome: Empire without Limit. Fr. Lucie-Smith first discusses romanitas within the context of the pagan Roman Empire. Ancient Romans believed their vast empire was distinct, universal and eternal.

The idea of a common identity and a shared mission is the glue of empires. The point of the title (“Empire without limit”) is a reference to the key lines in Virgil’s national epic, the Aeneid, where Jupiter says of Rome: imperium sine fine dedi, I grant them empire without limit. For the Romans, many of whom perhaps never saw Rome itself, this was a core belief: Rome and her Empire were eternal, and the recipient of a divine guarantee.

The imperium sine fine eventually fell, but the Catholic Church, based in Rome, endured. Fr. Lucie-Smith writes that, due to her universal mark, the Catholic Church is the “successor” to the Roman Empire. As a result, the Church has inherited romanitas. In what does this Catholic romanitas consist?

Romanitas has another contemporary application, and that is in the life of the Catholic Church, at least in its Western half. For centuries a supranational allegiance has been the glue that has held together Catholics from all parts of the globe. This has been done through something as basic as a shared “look”: Catholic churches, fittings, iconography, vestments and dress, from Manila to Mombassa to Managua, have drawn from the same recognisably connected tradition. 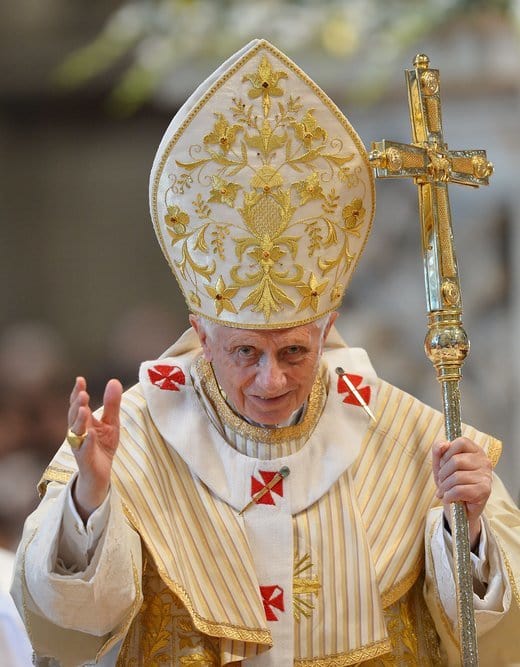 Recapturing the sense of romanitas, of distinction, is essential in 2020. It serves as a unifying force for a Church whose members (on earth) number over one-billion souls. Romanitas in the Church has been gravely undermined in the United States by the combined influences of individualistic, anti-sacramental Protestantism and radical secularism. Both elevate “diversity” and self-expression over universality. But diversity, as the modern world understands it, is not a Catholic  virtue.

One manifestation of the Church’s romanitas is Gregorian chant, an ancient treasure that has been widely abandoned over the past forty years. Instead of fragmenting liturgical music into the various (often banal) styles of individual nations and communities, Gregorian chant provides a distinct unifying character to liturgies, no matter where a particular Mass is being celebrated. Father Ewe Michael Lang, in his excellent book, Signs of the Holy: Liturgy, Ritual and Expression of the Sacred writes that,

Gregorian chant also addresses the question of inculturation because it transcends the boundaries of particular cultures and therefore has a universal appeal. It is happily sung by Catholics in Africa and Asia, just as in Europe or North America.

Of course, the same could be said for using Latin for the most important prayers of the Mass in the ordinary form. Latin reminds us of our unity, regardless of differences in nationality and culture.

Church buildings that deviate from these unifying principles in favor of radical innovation of the part of the architect harm romanitas.

There are other areas where romanitas can (or should) be found that are outside the hallowed setting of the liturgy. Numerous devotional practices (processions, sacramentals, veneration of relics, etc.), our distinct vocabulary and noble intellectual tradition also demonstrate the romanitas of the Church. These should be recovered and nurtured in the home and at the parish level.

* Photo of London Oratory, courtesy of the New Liturgical Movement