A Reminder in the Midst of Crisis

Some of those who bear the name ‘Father’ have betrayed their sacred mission; they have preyed on the vulnerable little ones. Heart-brokenness and anger are right and just responses to the present crisis of sexual abuse in the Church. Yet, the horrendous evils committed by these ‘fathers’ and even some ‘shepherds’, the bishops, are not enough for us to abandon hope. No human evil could ever be enough.

Fr. Walter Ciszek, SJ (1904-1984), an American Jesuit missionary who was arrested by the Soviets, tortured, imprisoned, and sentenced to 15 years of hard labor in the Gulag, tells us why:

The Church is full of human failings because it is composed of human beings; it has its share of scandals and bad leaders, of mediocre minds, of selfishness and skin-deep spirituality, of fallible and imperfect men who do not always practice what they preach. Nevertheless, it remains the institution Christ founded to preserve and guard the faith, the Mystical Body wherein even the weak can be made strong”(He Leadeth Me, p.192, emphasis mine).

Fr. Ciszek reminds us that, despite every single one of its gravely sinful human members, the Church is still Christ’s own. He will never fail to guard, protect, and love her: “I will build my church and the powers of death shall not prevail against it” (Mt. 16:18).

The present crisis is a reminder that true hope is only in the Lord. If we ground our faith in a particular priest or bishop, we’ll be shattered at their first fatherly failing. But if our faith is placed squarely in Christ and His Mystical Body, we will never be disappointed and our hope will not be in vain. Fr. Ciszek writes,

The problems of evil or of sin…cannot upset the man of faith or shake his trust and confidence in God. His powerlessness to solve such problems will not be a cause of despair or despondency for him, no matter how strong his concern and anxiety may be for himself and for those around him. At the core of his being there exists an unshakeable confidence that God will provide, in the mysterious ways of His own divine providence (p.194). 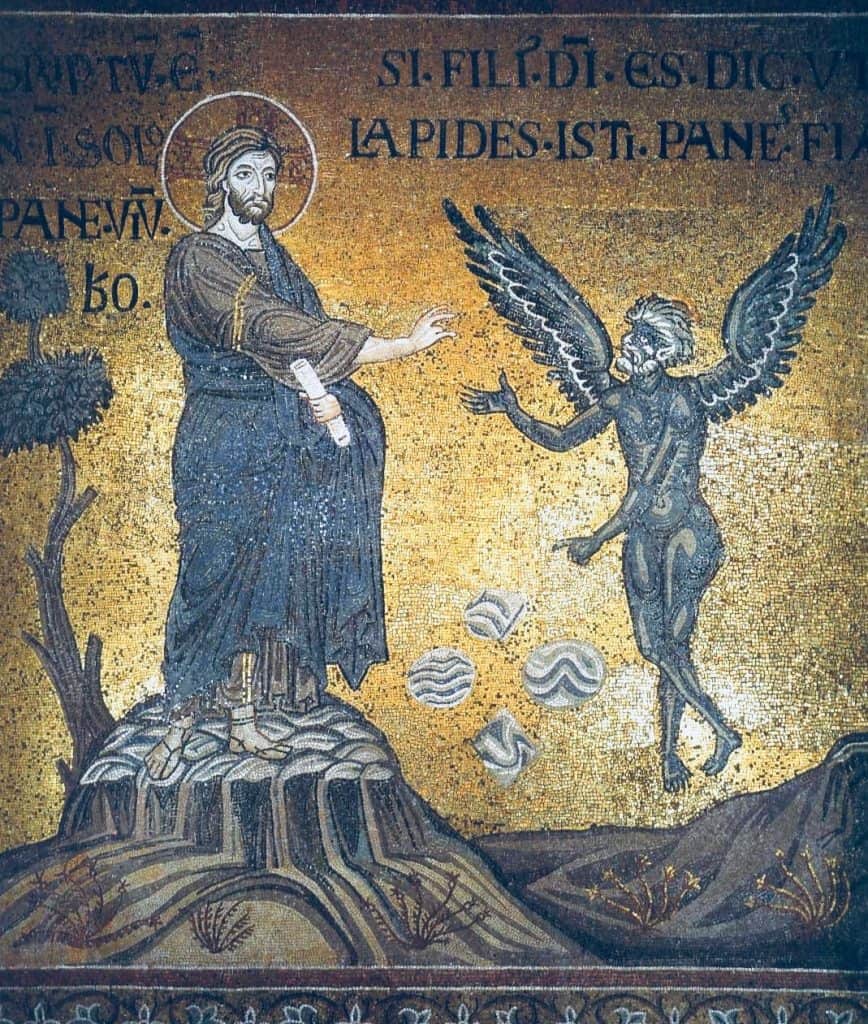 Christ Fasts in the Desert

Christ became incarnate so that He could show us by His perfect example how to build up the Church on earth. We can look to Him as our guide. When times were tough, what did Christ do? He prayed and fasted. Sometimes he wept. When people were caught in sin, He named their sin and invited them to turn their lives around. That’s what we can do, too: We can imitate Christ by praying and fasting for reparation for the sins of those priests and bishops who failed as fathers and shepherds. We can weep for ourselves, for all the victims, and for the human frailty within the Church. We can identify, remove from power, and prosecute abusers, all the while inviting them to repentance. We can repent of our own failings, however big or small, too. What we need now is a renewed zeal for imitating Christ’s holiness. That is the only way.