Death on a Summer Sunday 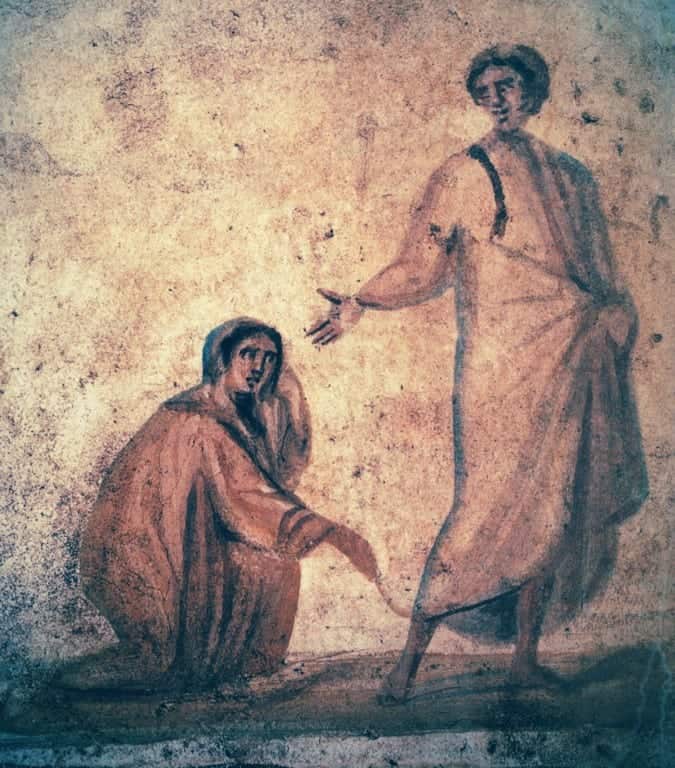 You come to a church on a sunny day and you might be a little distracted. This is a day for licking ice cream and lying under a tree. Not for sitting politely in church.

And then, at this bright time of year, God comes to us with a real kicker. Today we hear about death. There’s death in the first reading, where it talks about the “destruction of the living.” There’s death in the psalm, where we hear about going “down into the pit.” Saint Paul makes reference to Christ’s own death. And in the Gospel, what do we get? One very sick woman and a dead girl. All of this on a nice June day.

But the heart beating in everything we hear today is God Himself, and He is a God of life. The Gospel is warm and alive and it beats out one message: life, life, life.

“Our Savior Jesus Christ destroyed death and brought life to light through the Gospel” as Saint Paul says (2 Tm 1:10). Our God is here; our Lord is triumphant, and death’s dominion has ceased.

Well that’s all fine. But to understand Christ’s triumph over death, we first have to know what death is. We cannot be afraid to look at death. We need to look at sin and suffering, and not perfume it or paper over it. In this world there is death. And no matter how far you jam your earbuds into your ears, you won’t be able to shut it out forever.

The Scriptures aren’t afraid of death. In the Old Testament and the New, we see violence and diseases of all kinds. People are dumped into dung-heaps and thrown into furnaces. That’s the flashy stuff. But more often, they suffer like us. They become depressed. They’re full of anxiety. And in the midst of it all they wonder why they are suffering.

When the prophet Ezekiel receives his mission, he becomes so despondent that he lies catatonic for seven days (Ez 2). Rachel the wife of Jacob sits and weeps for her lost children (Jr 31). And even the man in the palace, even King David, says, “I groan because of the turmoil of my heart” (Ps 38).

And the truth is, we know what they’re talking about. If we’ve been on earth long enough, we know their pain.

But in this pain our God comes to us. The Gospel tells us that we will never understand God’s victory, we will never understand Easter, until we face Good Friday. Remember what Mary did when they took her Son away. “At the Cross her station keeping,” says the old hymn. We need to stand at the foot of the cross with Mary, stay right there looking at Jesus, and not run away. Because the road to Easter runs through Calvary.

I read in an American magazine about a new trend in Germany. In some parts of Germany, the article said, there are no more death announcements in the newspaper. People expire between the sheets in a nursing home and their bodies are wheeled away to be cremated with no fuss. There may not even be a memorial service. And so the person is not dead or even passed away, he’s just gone. Disappeared like last summer’s flowers. Maybe it’s easier that way.

But of course it isn’t easier. People have always been tempted to deny death, especially in the technological age. But death has not forgotten us! Back in the 1930s, that’s 80 years go, TS Eliot wrote about this in one of the choruses from his play “The Rock”:

О weariness of men who turn from God

To the grandeur of your mind and the glory of your action,

Engaged in devising the perfect refrigerator,

Though you forget the way to the Temple,

There is one who remembers the way to your door:

Life you may evade, but Death you shall not.

You shall not deny the Stranger.

Our fear of death is very deep. And that is healthy, in a way, because death comes from sin. When our parents Adam and Eve stood naked in that garden and declared “we will not serve!” – from that moment on, death entered the world.

And so we know there is something unnatural about death. It wasn’t in the plan. It should not exist. Remember how Jesus wept at Lazarus’s grave. He hated death too. God hears our protests against death. And He doesn’t say, “tough cookies.” He says: you’re right. I didn’t make you to be this way. Let me heal you. Let me bring you into the fullness of life..

Remember what we just heard: “For God formed man to be imperishable…. But by the envy of the devil, death entered the world, and they who belong to his company experience it.”

Now look at the Gospel: a woman and a girl, both sick. This woman is not only sick, she’s been sick for twelve years. And it’s a humiliating illness. She can barely go out of the house. But in this sick state she touches Jesus. She reaches out to touch the hem of Jesus’s cloak. And Jesus notices. He says “Who touched me?” And she “approached in fear and trembling,” the Gospel says. But once she tells him the whole truth Jesus says to her, “Daughter, your faith has saved you. Go in peace.” By the way, this is exactly what happens in the sacrament of confession. And if you don’t believe me, try it.

And then we have the daughter of Jairus or Yair, the synagogue official. She’s terribly sick, and in the middle of the Gospel the news comes that she has actually died. She’s gone, no hope. But Jesus doesn’t have the girl hustled away. Jesus wasn’t German. He doesn’t avoid the dead girl. He goes right to her house and right into her bedroom. He reaches out and takes her hand.

Before, the woman touched Jesus, but here, Jesus reaches out to the girl because she can no longer move. And he takes her little hand in his hand and he whispers to her. And thanks to the Gospel we know exactly what he said, in the original language, “Talitha koum,” Little girl, arise. Get up. Go on, rise up. Live! I love you and I liberate you.

And the child got up and walked around the room. It was a miracle.

Today we need to take time to contemplate these miracles. Because like all miracles, they tell us a lot about our Lord. To help us, I want to bring in one of our fathers in faith. This is a great friend of all of us, Ephrem, saint Ephrem, a Syrian of the fourth century and a doctor of the Roman Catholic church.

Now when we think of suffering, especially these days, we might think of Syria. That country has been at war for more than four years. Syria is a place with deep Christian roots and thousands of our brothers and sisters are being persecuted, killed or put into camps. Let’s pray for them today. 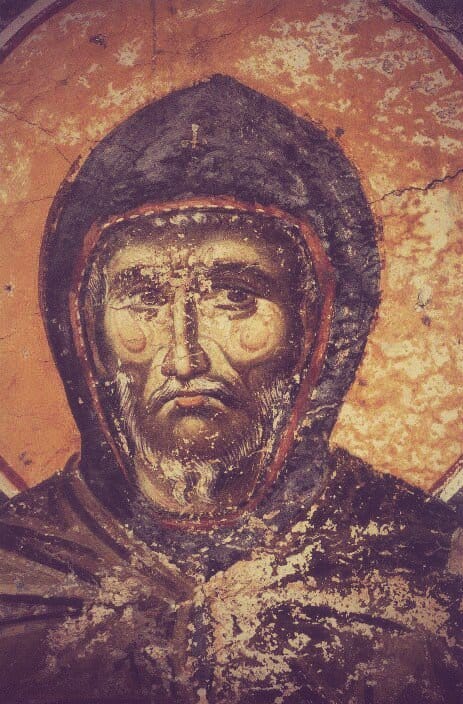 And let’s hear a voice from within that suffering land; hear the voice of Saint Ephrem, who read about the woman with a bloody flux in this same Gospel. Here is how he prays: “Glory to you, hidden Son of God, whose healing power is proclaimed through the … suffering of this woman. … He [who sees what is hidden] saw … her hidden faith, and gave her a visible healing” (Commentaries on Tatian’s Diatesseron). And so both Christ and the woman were lifted up and glorified.

And to that we say, let it be. Let it be with us as with this woman. May the Lord, the same Lord who will come to us and touch us this morning in the Eucharist, may He see the hope and the faith and the longing deep down in our wounded hearts. May He reach into our secret places to touch the sickest parts in us. And may we be healed.

And then we will return to the Garden, a garden much greener than anything we see here, even in June. Then we will be stronger than Adam or Eve: fully alive, whole and healthy, as God intended. If we have the humility to ask Jesus in, if we are redeemed in time, we shall become the men and women God wanted us to be from before all time.