Saint Robert Parish in Shorewood is an artistic gem among Milwaukee’s many beautiful Catholic churches. The interior matches the building’s exterior in elegance. The apsidal mosaic depicting Christ flanked by Peter and Paul and the Evangelists is one of the most exquisite in the city, and reminds me of the ancient mosaics I saw in so many of Rome’s churches. The current building was completed in 1937 and is an excellent example of Lombardy Romanesque architecture. Thankfully, the doors were open so I stopped in and took some photos. 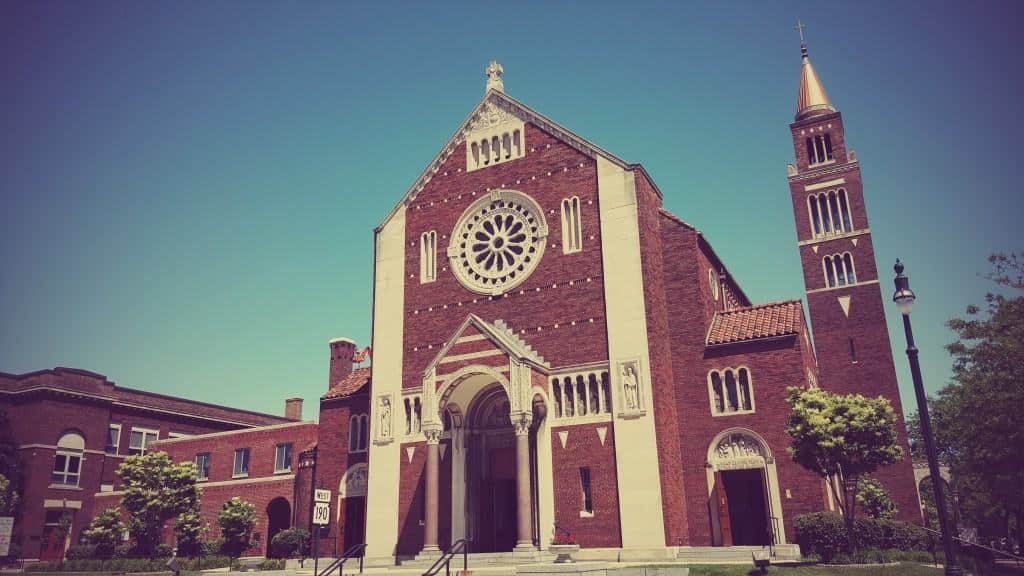 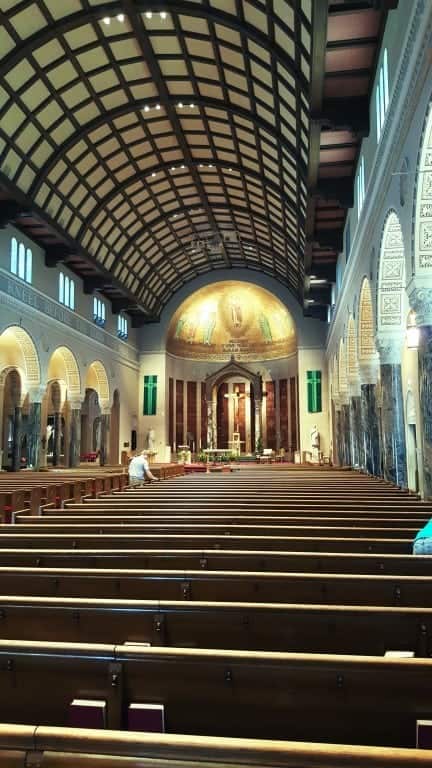 Marble pillars support the graceful arches along the nave.

The sanctuary unfortunately suffered from an ill-conceived “renovation” that is all-too-common in Catholic churches. Red carpeting amongst mosaic and marble? This should be reversed asap. Restore the high altar under the stately baldacchino and remove the bizarre circular stage. It is in poor taste and clashes with the church’s original layout. The beautiful original altar rail, which you’ll see further down, was relocated to the back of the church. (At least it’s still there!) Return it to its rightful position in the front to delineate the sanctuary from the nave. All things considered, the restoration would not be too difficult. It would just take someone with vision.

We need to remember that the traditional layout of a Catholic church is not random. Everything has a purpose and strong didactic/catechetical symbolism tied to it. Significant changes to the sanctuary, like the ones seen at Saint Robert and elsewhere, are not merely stylistic, subjective tweaks, but rather conceptual shifts that resulted severe, negative consequences on Catholics’ understanding of liturgy. 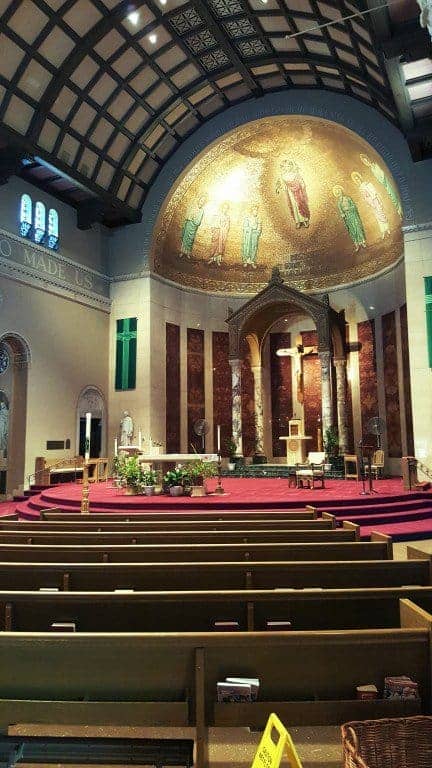 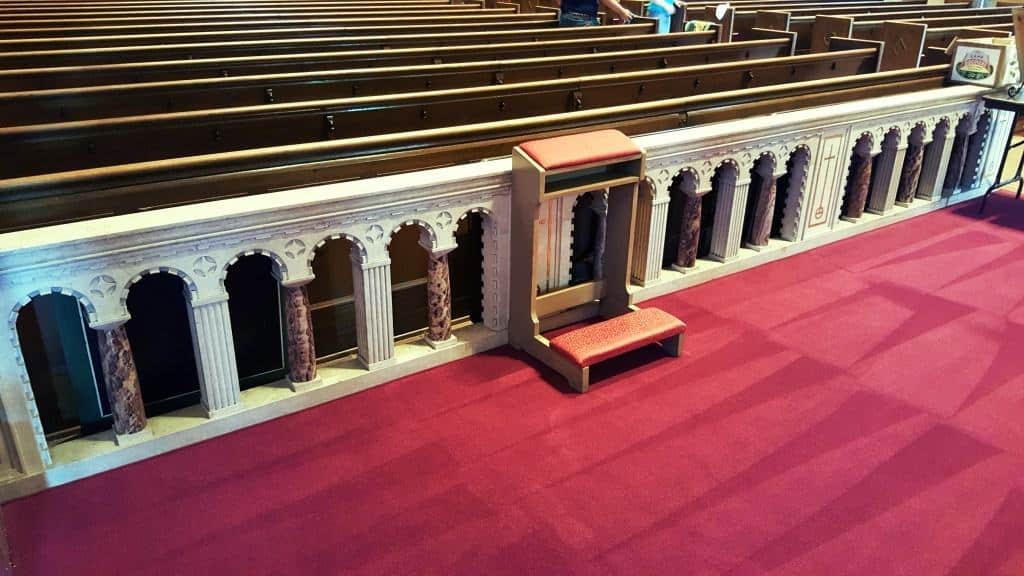 Altar rail in the back(?!) of the church. Virgin Mary side altar with relic. The stained-glass windows in the church are amazing. Old Testament scenes are depicted along the right side and opposite these are New Testament scenes. Other significant events in Church history are also shown in glass. Here are some examples. 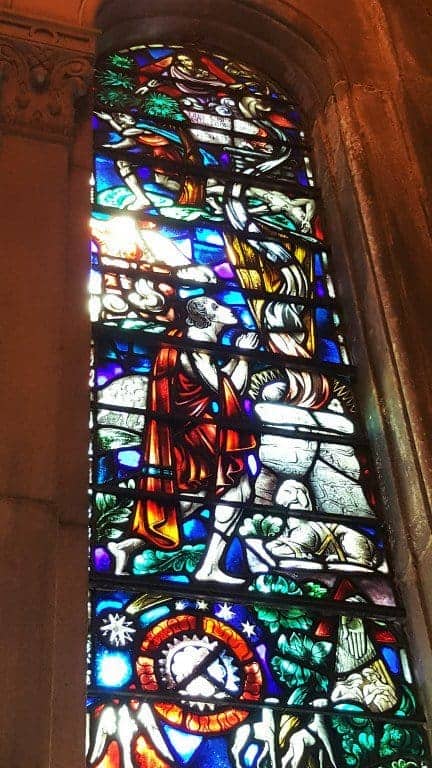 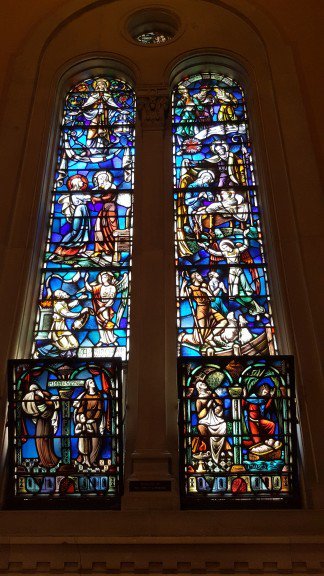 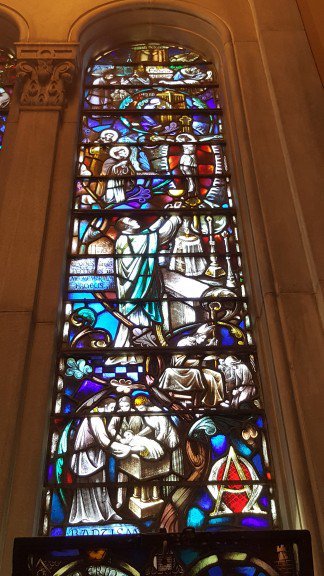 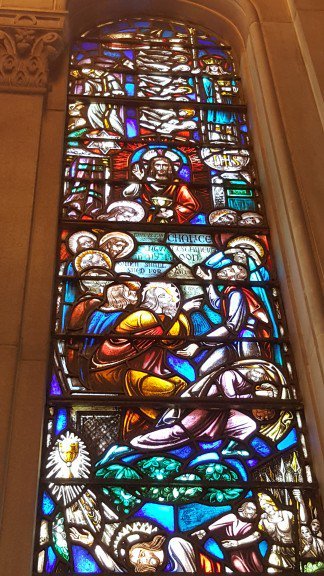 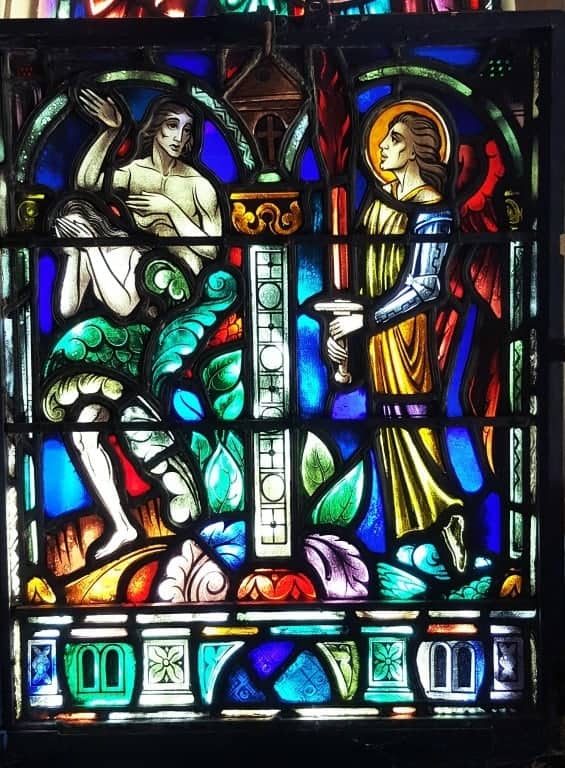 In the narthex you’ll find the baptistry with a twist: art deco accents. 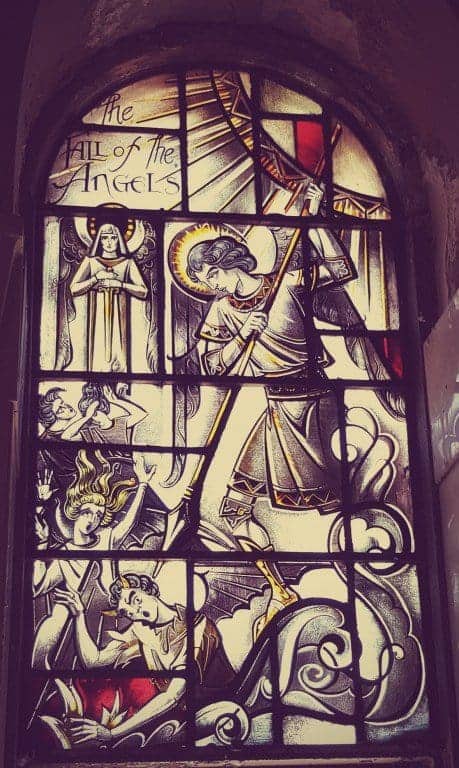 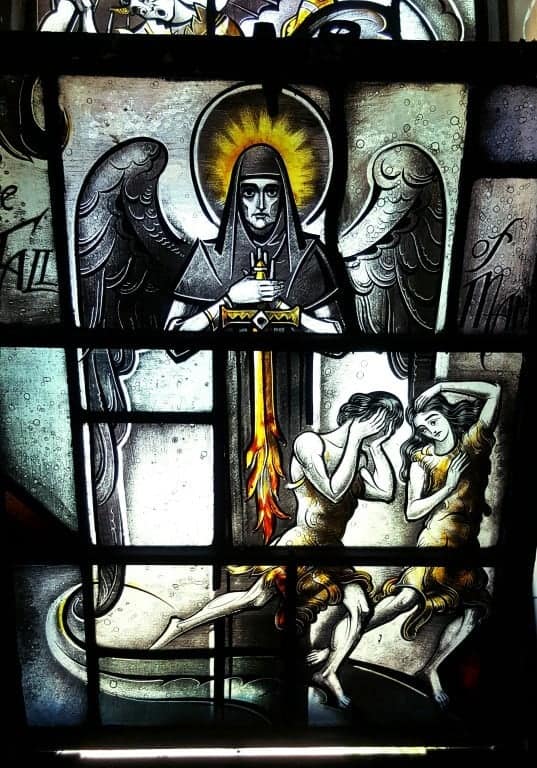 The side entrance of the church displays an interesting piece of history. Carving from the ruins of Newminster Abbey