We’re being hit by a new scourge: contemporary gender theory. According to this theory, you do not choose your “biological sex”, but you do choose whether or not your gender identity is man or woman, some combination of the two, or anything else. 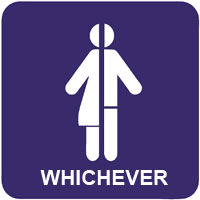 Let’s briefly examine this new dogma. Contemporary gender theory makes one’s core identity (or essence) dependent upon one’s will, as opposed to one’s nature. This leaves a difficult problem. How can you evaluate your identity choice and the actions that go along with the identity? The measure of choice and action, according to Catholic natural law theory, is nature–which is created by God, not by human will. If you choose and act in a way that respects and fulfills your nature, then you choose and act well, and you respect God’s creative designs. But if you choose and act in a way that disrespects and even makes war on your own nature (like trying to change your sex through surgery), then you choose and act poorly, and you disrespect God’s creative designs. But gender theory rejects nature as a measure of our choices. So gender theory leaves us with an arbitrary, self-creating human will, but with no measure outside of that will to determine whether the will is choosing well or going entirely astray. 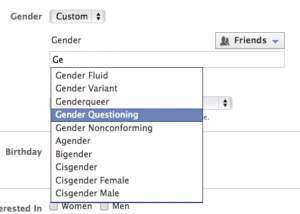 Now, suppose that gender theory is true. If your will is entirely free to create your identity, and its choice cannot be evaluated by nature, then what is to prevent your will from choosing any potential gender identity along with any potential set of associated behaviors? This is already happening, of course, with Facebook’s 58 gender choices, and now the option to make up and type in your own gender. But why not create for yourself a pedophile gender, or a bestiality gender, or a masochist gender, or a gender that is distinguished not by loving women but by hating them, etc? Once the will is supreme, and nature is ignored, then we are left with no reason to criticize any of these choices. We have no more reason (apart from arbitrary will) to identify as a man or a woman, than as a pedophile or a woman-hater.

Therefore, there is something deeply inadequate about the philosophical assumptions of gender theory. Sometimes, obviously, choices can be wrong and self-destructive. So we need a measure to evaluate our choices. And that measure is nature. In this case, it’s the nature of humans as embodied sexual beings.

The Catholic Church, in a contrast to gender theory, offers a holistic understanding of ourselves. In the Catholic view, every person should seek to find harmony between his desires, choices, behavior, identity, soul, and body. We shouldn’t pit our desires or our identity against our bodies. Doing so is self-alienating, and self-disintegrating. 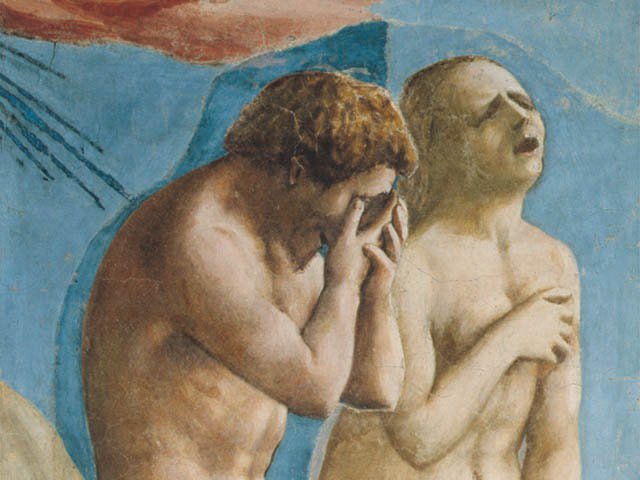 Paradise, and integration, lost. Masaccio’s Expulsion of Adam and Eve from the Garden of Eden. Wikipedia photo.

Pope Francis and Pope Benedict have spoken out strongly against gender theory.

According to this [contemporary gender theory], sex is no longer a given element of nature, that man has to accept and personally make sense of: it is a social role that we choose for ourselves, while in the past it was chosen for us by society. The profound falsehood of this theory and of the anthropological revolution contained within it is obvious. People dispute the idea that they have a nature, given by their bodily identity, that serves as a defining element of the human being. They deny their nature and decide that it is not something previously given to them, but that they make it for themselves. … ~Pope Benedict XVI, Dec. 21, 2012 Address

* Featured image: Christ liberating Adam and Eve (The Descent into Hell) by Tintoretto